Watch seized by CAB in Limerick for sale on eBay 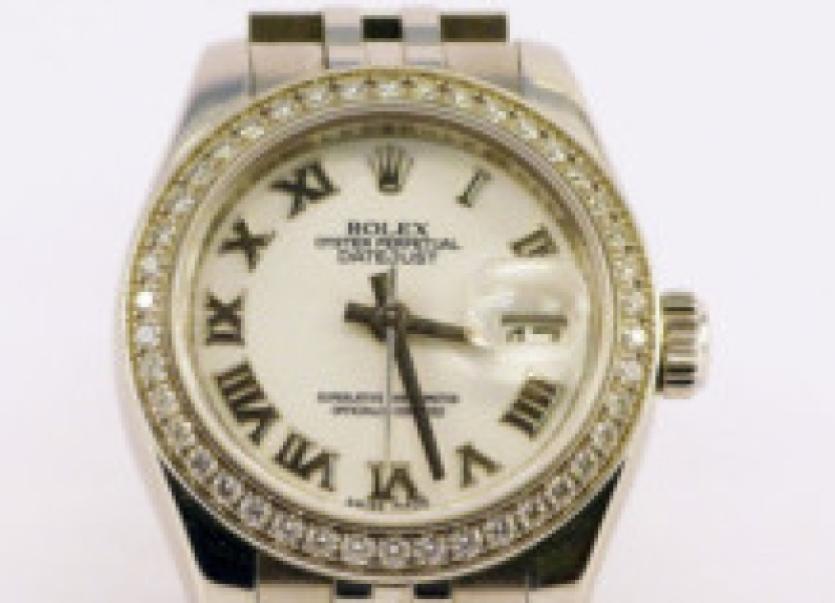 FOR the first time, the Criminal Assets Bureau is auctioning a Rolex watch recently seized from a Limerick criminal for sale through eBay to test the online market.

FOR the first time, the Criminal Assets Bureau is auctioning a Rolex watch recently seized from a Limerick criminal for sale through eBay to test the online market.

The Bureau, which investigates the wealth of people with no apparent means of income, is selling the used Rolex Oyster Perpetual Datejust, through the online site eBay.

At the time of going to print, there were 12 bids on the ladies’ diamond encrusted watch, increasing from its starting bid of €6,000 to €7,400. However, it could fetch much more by the time the sale closes on Friday next, October 18. Proceeds from its sale will be diverted back to the Exchequer.

Selling under the name proceedsofcrimeact1996, CAB described the item as a Christmas present from== 2011. It comes with the original box, documentation and a 24-month jewellers guarantee from Keane’s of Cork, Limerick and Killarney. According to the description on eBay, the sale of the watch arises from an application under the Proceeds of Crime Act, 1997 and 2005, and is being sold by the Court-appointed Receiver.

Last month, CAB and local gardaí seized an Audi 07 vehicle, more than €26,000 in cash and two gold Rolex watches from a property in the Moyross area. It is believed the watch belonged to Edward ‘Eds’ McCarthy, 33, and his partner Linda Mullane, 32. Inquiries were also made into social welfare payments to Mullane, who was served with a demand for the return of overpayments, totalling €71,933.

The seizures were authorised by the High Court following a lengthy operation - code-named ‘Portland’ - which was spearheaded by local garda units and involved asset profilers based in the city and bureau officers from Dublin. Edward McCarthy’s brother, John McCarthy is currently serving a 14-year prison sentence for drugs offences.

Interested bidders can pay for the watch via PayPal, with a personal cheque or bankers’ draft. No cash or postal orders will be accepted. Proceeds of the sale will boost the  Exchequer.

Two CAB profilers have been based in Limerick for several years.