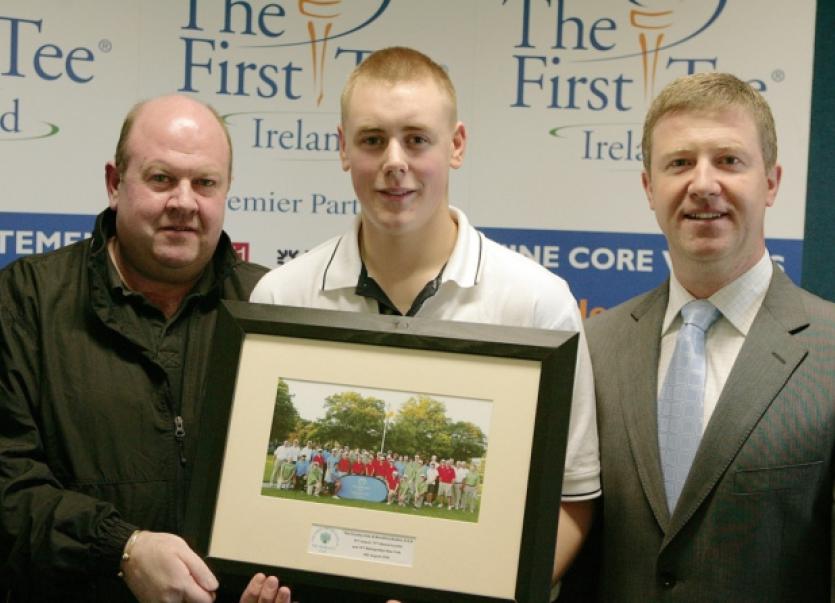 A TOURNAMENT is to be held in the name of John Coyle, the late PGA golf professional who helped huge numbers of kids in Limerick to take up the game.

A TOURNAMENT is to be held in the name of John Coyle, the late PGA golf professional who helped huge numbers of kids in Limerick to take up the game.

The inaugural John Coyle Challenge Cup will be held in Rathbane Golf Club on October 31, where the former Adare Manor pro worked on the First Tee Ireland programme with hundreds of local kids.

Coyle, who passed away suddenly at the age of 48 in China in December after a short illness, was recently nominated for the RBS Outstanding International Contributor of the Year Award 2013 for his work with First Tee - an award his wife of 17 years, Fiona, proudly collected before the US Open in Pennsylvania in June.

She said this week that she was “delighted that John is being honoured in such a way which will keep alive not only his memory but the work he did with so many young people in Limerick and counties farther afield”.

“I am equally pleased that all proceeds from the event will go to The First Tee of Ireland which will be used in the development and rollout of their National Schools Program in Limerick City and County,” she added.

John Warren of First Tee Ireland nominated Mr Coyle for the RBS award and is backing the tournament in John’s memory, saying he made a “massive contribution” to the programme.

“He was full of ideas always creating new games and activities for his participants,” said Mr Warren.

“John recognised the needs of our students and tried to offer as much variety as possible during his coaching. John also supported our fundraising efforts and helped to secure vital donations at key times.

“His overall contribution to the First Tee of Ireland will never be forgotten,” he added.

The tournament will be a four person Stableford scramble and is open to members and visitors, as well as juniors.

Coyle was well known to have had a close rapport with the kids he taught in Rathbane.

“He was a very good teacher and had a great rapport with them. Someone told me recently that most of those guys still go to play golf,” added Fiona.