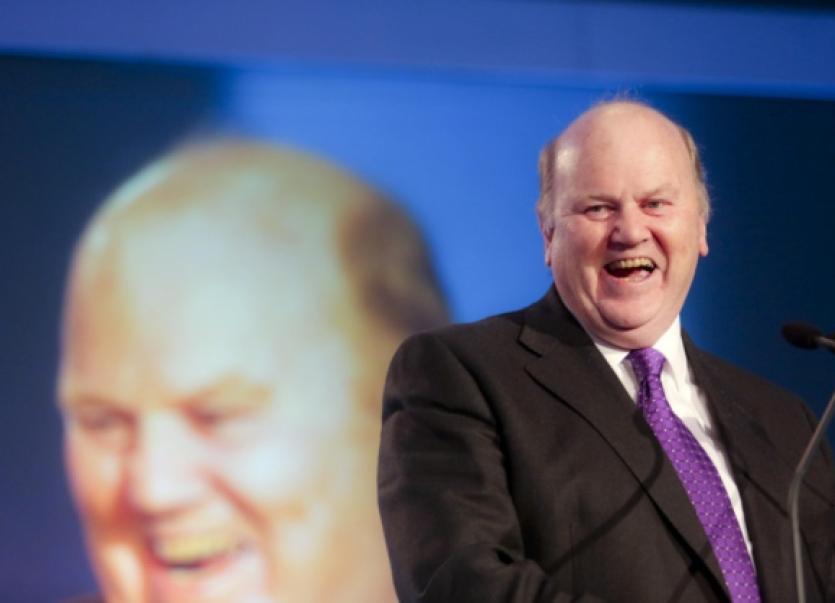 Speaking at Fine Gael’s national conference - being held at the South Court Hotel - Mr Noonan said the country is fully funded into 2015, without any additional borrowing.

Local deputies Kieran O’Donnell and Patrick O’Donovan were among the contributors to televised debate on jobs and the economy this morning.

Taoiseach Enda Kenny is to give his keynote speech at 8.30 this evening.

Last night, more than 2,000 Dail deputies, Senators, MEPs, and local councillors gathered at the South Court Hotel in Raheen to hear the opening exchanges of the two-day event.

Mr Kenny was greeted with a standing ovation, as he outlined his party’s achievements since coming to power in 2011.

Opening the conference, Mr Noonan pledged that there would be cultural events “every week” during Limerick’s year as City of Culture.

He encouraged delegates to visit the newly redeveloped King John’s Castle, saying: “This is the same King John which some bad press officer turned into a villain and made a hero out of Robin Hood. But he built a fine castle and Limerick, and the county councillors will know that he was the man who divided Ireland into 32 counties, and was the founder of the local government system in this country.”

He pointed out that Limerick has had two mayors by the name of ‘Blackadder’.

“As you all know, we have had a lot of Baldricks in politics in Limerick. All of them with cunning plans,” he added jokingly.

The first event focused on the work the government has done in reforming the regional development agencies, with a particular focus on Shannon Development, and the newly independent Shannon Airport.

Transport Minister Leo Varadkar reported that the base is in line to at least break even, or potentially turn a small profit in its first year.

There were also contributions from Deputies Dan Neville, Kieran O’Donnell, Patrick O’Donovan, and MEP Sean Kelly, who chaired the debate.

For more from the conference, stay with www.limerickleader.ie, on Twitter @limerick_leader and see Monday’s Limerick Leader newspaper.