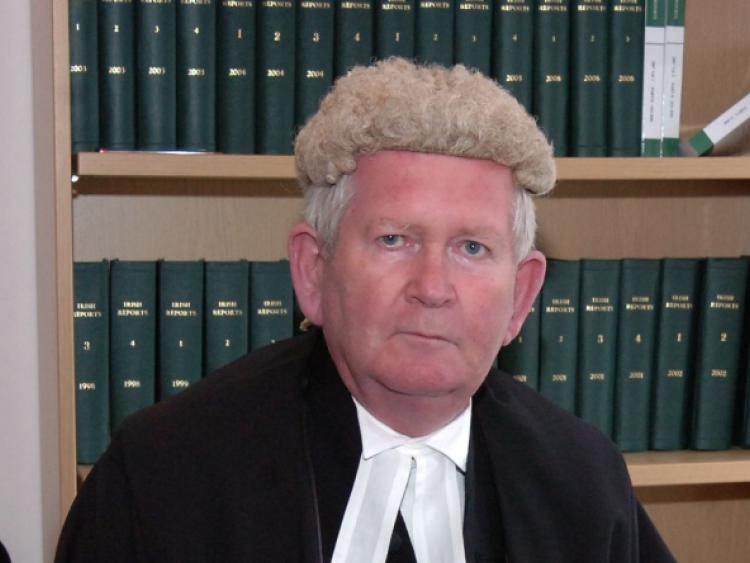 A SHOP assistant was “terrorised” by a masked man armed with a knife who threatened to cut his throat unless he handed over cash, Limerick Circuit Court has heard.

A SHOP assistant was “terrorised” by a masked man armed with a knife who threatened to cut his throat unless he handed over cash, Limerick Circuit Court has heard.

Long, who pleaded guilty to robbery, had told the member of staff “I’ll cut your throat. Give me the money” before grabbing the takings from a till and running in the direction of Shannon Banks.

Det Garda Mairead Reidy told John O’Sullivan BL, prosecuting, that gardai who arrived at the scene met a woman who had observed a male acting suspiciously before the robbery and that she had seen the same man enter a house at Shannon Banks after the hold-up.

Gary Long had been found hiding in an upstairs bedroom of the house with the proceeds of the robbery “stuffed into his tracksuit pants and into his socks”, Mr O’Sullivan said.

While the state had a strong case against Long, the fact that his face was covered meant an identification could not be made from CCTV footage from the shop. But Long had co-operated with gardai and admitted the man seen on camera holding up the shop assistant was him.

The experience had been “terrifying” for the male member of staff concerned, who did not wish to exercise his right to give a victim impact statement, Mr O’Sullivan said.

Det Garda Reidy agreed with Mr O’Sullivan that the objective of the robbery had been to pay off gambling debts.

Brian McInerney BL, defending, said these debts were not owed to the “likes of Anglo Irish Bank...but to very unsavoury characters who were threatening him with severe violence.”

The robbery, he submitted, had been “an act of desperation” to ease the severe pressure he was under.

Before the court was somebody who had been fulsome in his admissions and who had not been on the Garda radar since February 2012.

Mr Long had a child and a partner who was standing by him and who was a stabilising influence in his life.

He was also in full-time employment, unlike many others who appeared before the court for such offences, Mr McInerney said.

Det Garda Reidy agreed with the barrister that Mr Long had not come to the attention of gardai since the robbery and was “trying to mend his ways”.

Judge Carroll Moran said it must “have been a very traumatic experience for the victim who was terrorised when this offence was being committed”.

The accused, the judge said, also had “a very bad record” which included five previous convictions for theft or larceny, one for burglary, one for attempted robbery and two for robbery for which he received a five-year prison sentence, with three years suspended, in 2001.

But he had to give Mr Long credit for his plea and his admissions. He noted the “very fair” evidence of Garda Reidy that Mr Long’s remorse appeared to be genuine.

Mr Long was sentenced to three years in prison, suspended for three years, provided he remains of good behaviour and complies with the directions of the Probation and Welfare Service.

Judge Moran warned the accused he would likely face a prison sentence should he reoffend in the next three years.