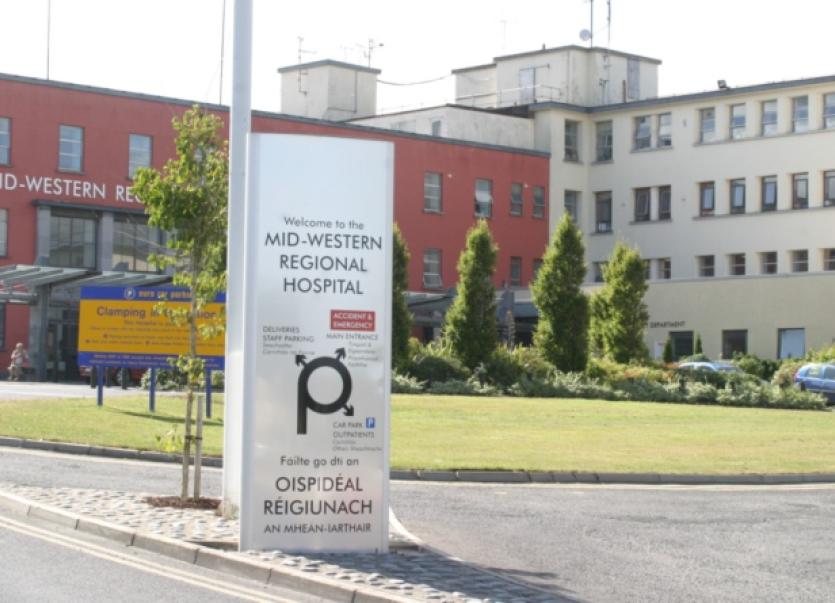 A HOSPITAL porter who was pricked by a used syringe at University Hospital Limerick was unable to enjoy “the privileges of marriage” for a year after the incident, his barrister has told Limerick Circuit Court.

A HOSPITAL porter who was pricked by a used syringe at University Hospital Limerick was unable to enjoy “the privileges of marriage” for a year after the incident, his barrister has told Limerick Circuit Court.

Tests to see whether Vincent Kelly - who is suing the HSE for negligence - had contracted hepatitis or HIV had taken 12 months to finalise, said Donal O’Rourke BL, and this had “brought about certain restrictions in his private life”. The barrister did not propose “to go into further detail” in the course of what was a preliminary hearing before Judge Carroll Moran.

Mr O’Rourke was seeking an order for discovery of HSE documents for a civil action being taken by Mr Kelly arising from a workplace accident on July 22, 2012. As the HSE intended to mount a full defence, this put the plaintiff on full proofs and he was seeking copies of health and safety policy, procedures in relation to needle storage and disposal, incident reports and other documentation ahead of a full hearing.

Mr Kelly, of St Munchin’s Terrace, Bruree, was removing a waste bag when a needle had pierced him in the left arm.

“It was a used needle and this meant that he had to go through the various tests required to see if he had contracted any such diseases such as hepatitis A or HIV,” Mr O’Rourke said.

Tests proved negative but, Mr O’Rourke said, it had taken “12 months to bring them to finality”, a period during which his client - a married man - had “certain restrictions” imposed on his private life.

The basis of Mr Kelly’s claim for negligence related to the alleged failure of the HSE to have a safe system in place for the storage and disposal of used needles; failing to provide protective equipment and other matters.

Mr O’Rourke said the HSE had lodged a defence that would allege contributory negligence by Mr Kelly. The HSE would question whether Mr Kelly had even been collecting rubbish at work that day and would deny any breach of health and safety legislation.

As the plaintiff was being put on full proofs a motion of discovery was being filed in relation to the hospital’s safety statement, risk assessments conducted by the HSE and incident report forms.

Jack Nicholas BL, for the HSE, said granting an application for discovery for incident report forms in the possession of the HSE relating to the hospital was “far too broad” and could relate to car parks or even construction work. This was “the very definition of a fishing expedition”, Mr Nicholas said.

Judge Moran granted the order in relation to some of the documents as long as they dated back no longer than three years.