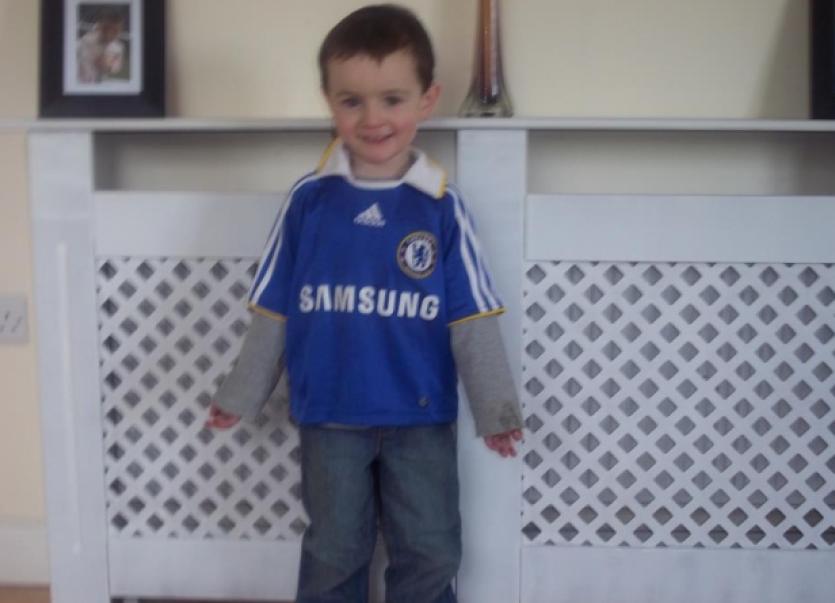 He was laid to rest in the local cemetery following Mass of the Angels. A hurley, rugby ball and teddy bear were brought to the altar as symbols of his short life.

The little boy was travelling in the car with his parents, John and Carmel, and twin brothers Sean and Philip, aged six, when a two car collision occurred at a junction near the Honey Fitz Theatre on Monday afternoon, July 22.

Funeral arrangements were delayed as Jack’s father received medical treatment for his injuries in University Hospital Limerick, and to allow him to attend the removal and Mass of the Angels of his youngest son.

The Cummins family from Carrigmore, Doon are well known and highly respected in the locality. Hundreds attended the removal and funeral Mass to pass on their sympathies and join with them in their terrible grief.

Fr Tony Ryan, parish priest of Doon, said their hearts, prayers and sympathies go out to Jack’s parents at this sad time, his grandparents and all his family members.

“There is something inconsolable about our parting from Jack here this morning. It goes against the grain of nature and the freedom of life itself when you reflect on a young family out together for a little picnic enjoying each other’s company and all to end so abruptly,” said Fr Ryan.

Deeply regretted by his heartbroken parents Carmel and John, brothers Sean and Philip, grandparents Willie and Ann Cummins and Tony and Breda McDonnell, great-grandparents, aunts, uncles, relatives, neighbours and friends. May he rest in peace.