Long accuses Kennedy of taking ‘easy way’ out of FG 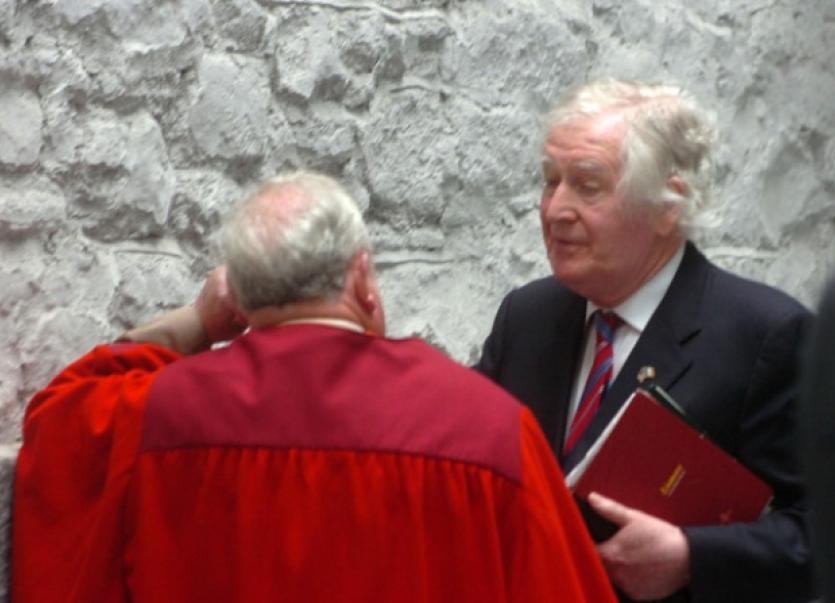 FORMER mayor Jim Long has accused Pat Kennedy of “taking the easy way out” after the veteran councillor quit Fine Gael ahead of a disciplinary hearing.

FORMER mayor Jim Long has accused Pat Kennedy of “taking the easy way out” after the veteran councillor quit Fine Gael ahead of a disciplinary hearing.

Southside councillor Kennedy formally resigned from the party this week.

On foot of this, he was instructed to attend a disciplinary hearing in Dublin this week.

This came after Fine Gael failed to back his bid for a third term as mayor of the city.

Now he will rejoin Mayor Leddin on the Independent branches, having previously served as a non-party councillor between 2001 and 2009.

He quit the party in 2001 after he failed to receive a nomination to run in the 2002 general election. In 2009, he rejoined Fine Gael.

Off the back of this, Cllr Kennedy wrote back to Mr Curran resigning the party whip, which would have potentially allowed him a route back into the party in future.

However, Cllr Scully said that Mr Curran wrote back to the barrister-at-law telling him he still had to attend the meeting because the motion being discussed was to remove him from the party.

The general secretary said he still had to attend the committee because the motion was to remove him from the party, as opposed to losing the whip.

Cllr Kennedy then wrote back and resigned from the party completely, something backed up by a statement he released to the Limerick Leader.

“It is not a pleasant situation, but I think it was necessary under the circumstances. I do not think the party had any other choice really,” Cllr Scully added.

In his statement, Cllr Kennedy wrote that he “will continue to serve the people of his native and beloved city with dedication, commitment and vigour.”

But Cllr Long was less generous, saying: “This is typical of Cllr Kennedy. He took the easy way out. You cannot be expelled if you resign.”

Cllr Kennedy has not yet said whether he will run in next year’s elections.