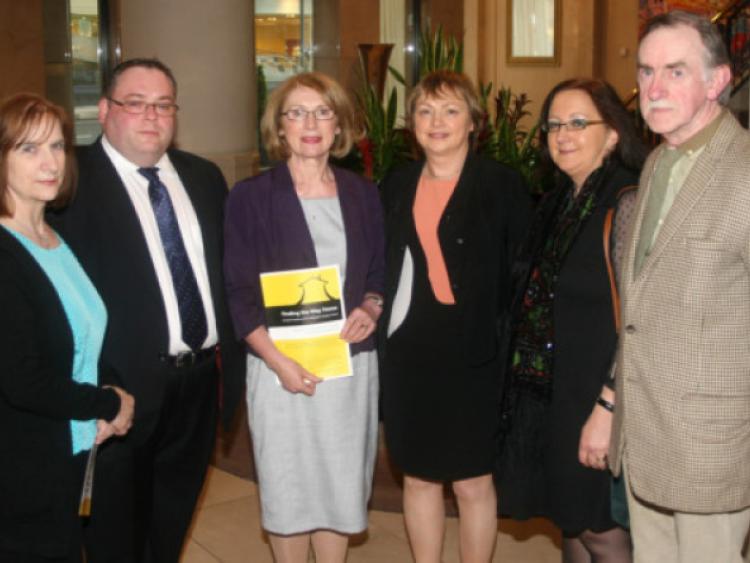 A MAJOR new report exploring the range of ways homelessness can be tackled in Ireland has been launched in Limerick.

A MAJOR new report exploring the range of ways homelessness can be tackled in Ireland has been launched in Limerick.

The Simon Community charity, responsible for providing care and accommodation for people experiencing homelessness, commissioned Nicholas Pleace, housing support expert at York University, to explore the range of possibilities and solutions to the country’s homelessness problem.

The report - entitled Finding the Way Home - was launched at the Savoy Hotel by Housing Minister, and local TD Jan O’Sullivan, who confirmed an independent oversight group had been put in place to ensure the government’s homelessness policy was working.

The report indicated that the government’s preference to move people away from the staying in hostels and overnight shelters, and instead placing them in long-term social housing, is the correct move.

Niamh Randall, the Simon communities’ national spokesperson, said the report: “clearly demonstrates the potential for such a response to be effective. But the research findings deepen our concerns that there is no indication of where the essential ingredient- quality, affordable housing will come from.”

She warned that budget cuts to services, and shortage of social or private rented housing will hinder the success of this approach, and will deepen the homelessness problem.

Ms O’Sullivan welcomed the fact the research tallies with the government’s approach on homelessness, which it is hoped will see it eradicated by 2016.

“It is very important we know what we are doing is working, and this is what this is all about. This piece of research indicates this is an effective way to deal with homeless people, and to let them get back and rebuild their lives again,” she said.

Ms O’Sullivan added she did not think there was a homelessness problem in Limerick, due to the work of the agencies in the city.