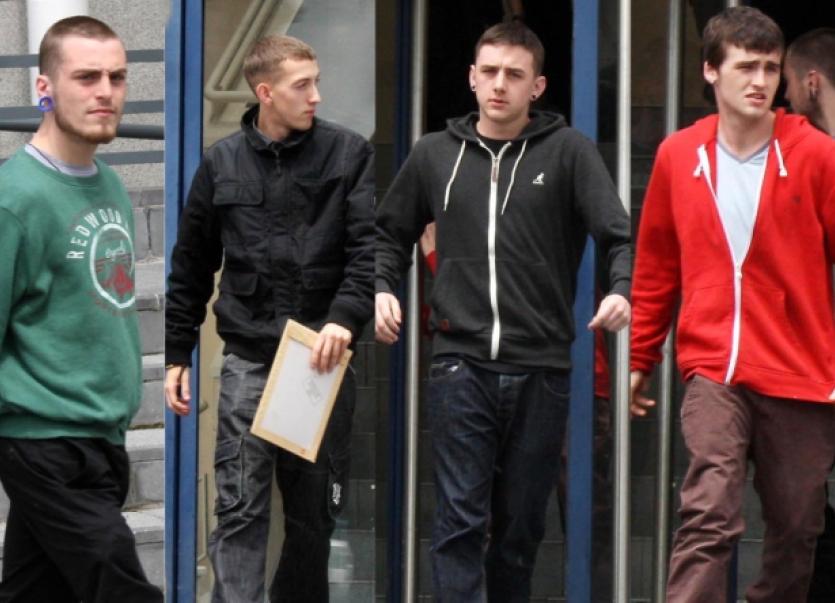 A JUDGE who threatened to jail two graffiti ‘taggers’ has said the court will not be influenced by politicians’ remarks and praised the owner of the Frank McCourt museum for taking a stand against those who had defaced her building.

A JUDGE who threatened to jail two graffiti ‘taggers’ has said the court will not be influenced by politicians’ remarks and praised the owner of the Frank McCourt museum for taking a stand against those who had defaced her building.

Judge Eugene O’Kelly’s comments follow those of Labour councillor Tom Shortt, who made numerous pleas to Una Heaton of the museum in a public ceremony and on the airwaves to adopt the “compassionate nature” of Frank McCourt in her dealings with those before the court.

Four graffiti artists were ordered to clean up the protected structure on Hartstonge Street, and in the last court hearing Ms Heaton gave a report to gardai saying two of the taggers had turned up more sporadically than others to clean the graffiti.

Her report then prompted the remarks by Cllr Shortt, at the opening night of Angela’s Ashes: A Musical and a few days later on the Today Show on Live 95FM.

“It is not the function of this court to get involved in politics,” said Judge O’Kelly this week, adding that court cases “should not be subject of comment by politicians”, especially when they are ‘sub judice’ or awaiting judicial determination.

He went on to state that he had invited Ms Heaton to give evidence in court, complimented her on “her courage to speak out” and thanked her for providing a “practical solution” to the offence which did not involve a custodial sentence.

Furthermore, Judge O’Kelly said he regrets that she was subjected to personal remarks by people not in court on the date of the last hearing.

“She did not criminalise these young men. They criminalised themselves by their own actions,” he said.

He said neither museum nor its owner “should be pilloried” as a result of this case, and described them as a “tremendous asset to the city”.

Two of the graffiti taggers - 19 year old Jonathan Noonan of Upper Cecil Street and Rory Fogarty of Drominbeg Rhebogue - were facing possible jail sentences for not fully engaging with the clean-up.

Ms Heaton’s latest report was complimentary of both men, and she particularly praised the artistic attributes of one of the men who “painted a beautiful picture on canvas” for the museum.

Ms Heaton was not present for this week’s hearing but said the four culprits had done an “excellent job”, had “learned their lesson” and also noted they have “yet to do the rest of the works to right their wrongs”, in cleaning up other buildings around the city.

Legal representation for both men, Ted McCarthy and Darach McCarthy, said the comments made outside the court case were “unsolicited” and “ill advised”.

In a statement to this newspaper at the time of his controversial remarks, Cllr Shortt said: “I made the comments in the context of where the input of the museum’s owner is now crucial to the outcome of the case and the decision as to whether two of these teenagers will go to jail.”

He said that Frank McCourt, in his third memoir Teacher Man, had “agonised over how a negative report from him might impact on the life of his students” and drew parallels in how Ms Heaton’s report could affect the future of these young men, who the court heard are all from middle to upper class families in Limerick.

Ms Heaton earlier told the court that the walls at the listed building would cost up to €4,500 to remove professionally.

She said his remarks were “totally inappropriate, in bad taste and very rude of him” .

“I am not judge and jury. The city council took the case against these men, and it’s the judge’s decision, not mine. I don’t want them to go to prison, I just want them to right their wrong,” she said.

A schedule of further works has been drawn up by the city council for the four graffiti taggers and the matters have been adjourned for all defendants to October 2 to see what progress has been made in cleaning those properties.