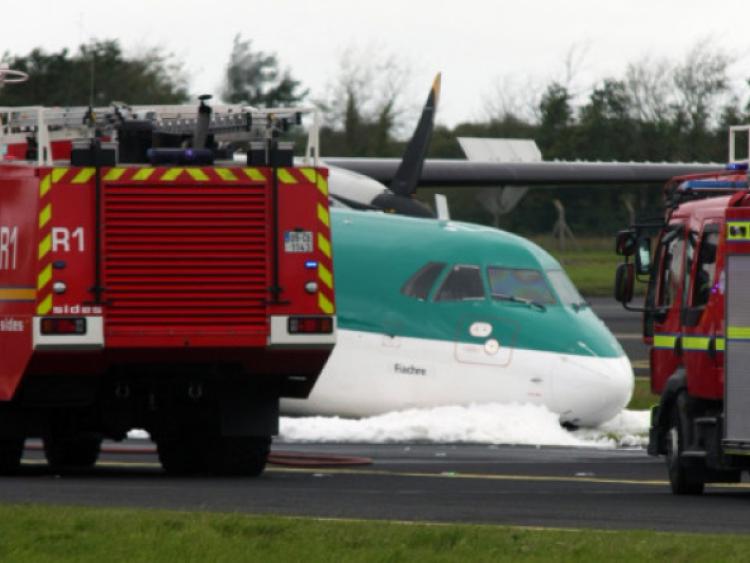 A REPORT into a plane crash at Shannon Airport has found that pilot inexperience and excessive speed were the probable causes of the incident.

A REPORT into a plane crash at Shannon Airport has found that pilot inexperience and excessive speed were the probable causes of the incident.

According to investigators at the Department of Transport’s Air Accident INvestigation Unit (AAIU), there were 21 passengers and four crew on board the Aer Arann Manchester to Shannon service when its nose wheel collapsed, controls jammed and it left the runway on July 17, 2011 during an attempted landing.

Nobody on board was seriously injured in the incident which resulted in the plane scraping along the ground for 1,200 metres before coming to a stop on a grass verge.

According to witnesses smoke or steam could be seen billowing from the front of the 17-year-old aircraft while its left propeller crashed through and demolished a sign on the runway.

The aircraft was so damaged it was taken out of service and has not been repaired.

In it’s report, the AAIU states the plane approached the runway on two occasions in excess of the recommended speeds.

The then newly-promoted 29-year-old female pilot was a “relatively inexperienced” captain in handling the aircraft in limiting conditions, according to the investigation.

Investigators said this inexperience was a contributory factor in the accident, along with inadequate information being provided to both her and her co-pilot about landing in crosswinds.

There was significant turbulence at the time.

The likely cause of the incident was excessive speed and inadequate control of the aircraft during the blustery conditions, it was found.

The AAIU has ordered Aer Arann to review its training of pilots in landing aircraft in crosswinds as a result.