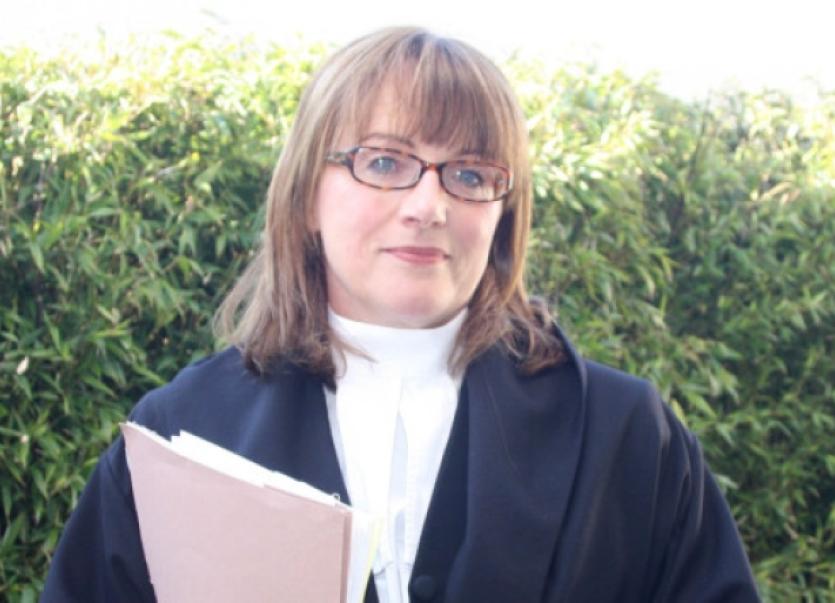 A LIMERICK man whose “treacherous” driving almost caused two separate crashes on the main Limerick to Newcastle West road on the same day has been disqualified from driving for four years.

A LIMERICK man whose “treacherous” driving almost caused two separate crashes on the main Limerick to Newcastle West road on the same day has been disqualified from driving for four years.

Kevin Rice, aged 62, of 7 Fairview Terrace, Limerick denied that he had been “driving very dangerously” on the N21 outside Adare and Croagh on August 21 last year, despite the evidence of a driver who had seen him “swerving across the road”, spinning across two lanes and “barely missing” oncoming traffic while overtaking dangerously.

Mr Leahy told that court that he was driving from Limerick to Newcastle West at 11.30am when he came up behind a silver Kia Rio, which was being driven by Rice, “swerving in and out across the road, left and right, and back again” on the Limerick side of Adare.

Mr Leahy said that Rice then went to overtake a vehicle in the face of oncoming traffic just before a bend, and narrowly avoided a red van travelling in the opposite direction, which had to swerve to avoid him.

Mr Leahy said that he took out his phone and began recording Rice’s driving, and also dialled 999 to tell the gardai.

Mr Leahy said that he followed the Kia as far as Croagh, where it “started to drive erratically again”. Mr Leahy said that the vehicle drove into the grass margin on the roadside, and moments later it “shot out and spun across the road”, and “barely misses a car coming towards it”.

Mr Leahy said that he rang 999 again, and then started to flash and signal the Kia Rio to try and get it to stop. “I really felt somebody was going to be killed”, he told the court. Both cars pulled in a short distance later, and Mr Leahy said that when he walked to Rice’s window the accused’s “immediate response, in an aggressive manner, was ‘I have no drink taken’”.

Mr Leahy said that at this stage, a number of other drivers who were “very cross” with Rice’s driving pulled in at the roadside. The driver of the van which had to swerve to avoid him outside Adare attempted to confront Rice, but Mr Leahy said that he restrained him and “calmed him down”.

Rice then got out to check the damage at the front of his car, at which point Mr Leahy reached in to Rice’s car and removed the keys from the ignition.

“I felt I had a duty of care to the general public, as a father of three children. I’ve never seen anything like it”, Mr Leahy said.

Garda Gerard Breen arrived at the scene and spoke to Mr Leahy, who showed him his video footage of Rice’s driving outside Adare. The second incident at Croagh was not recorded, the court heard.

When defence solicitor Kate Cussen asked Mr Leahy about his recording of the video while driving, and pointed out that he was the only member of the public to make a complaint, the judge interjected: “Your client is the defendant, not the witness”.

Mr Leahy said that “it’s the first time I’ve been in a court room”, and said that perhaps other members of the public did not come forward because they were also “daunted”.

Garda Breen gave evidence of meeting Mr Leahy and Rice on the roadside in Croagh. He said that Mr Leahy was “very shocked” and that on speaking to Rice at first he was “a bit concerned” that the accused had been drinking. However, Garda Breen said that he was soon “satisfied he wasn’t under the influence”. Mr Leahy later gave a formal statement to gardai, and also handed over the video footage, which was shown in court.

Kevin Rice, giving evidence, denied that he had been driving dangerously. He said that when overtaking in the face of the oncoming van, “I felt I had enough room”. Commenting on Mr Leahy’s claim that he spun across the road outside Croagh, Rice said “that’s fantasy”. He said that that kind of driving “is like a man trying to kill himself. I deny it flatly. If I was going across the road and nearly hit someone else, they definitely would have reported it”.

Rice then began to criticise Mr Leahy directly, stating “that man stole the keys out of my car. That’s theft”. He also referred to Mr Leahy’s contacting of the gardai twice while he was driving. “That’s seven penalty points... Mr Leahy seems to be getting off with a lot. I have to stand up for myself”.

Rice told the court that he broke his leg seven years ago in an accident, and since then he has been on medication for nerve pain. Just prior to the incident last August, Rice said that he had been placed on a new drug by his doctor in Galway, which left him “feeling kind of stupid”. However, he said that the effects of the drug may have been responsible for his driving on the day. “The doctor didn’t tell me that could happen”. Rice said that he has been driving for 44 years, and was “never in an accident in my life”

When asked about the video footage of his overtaking outside Adare, Rice admitted his driving there was “treacherous... I’m not denying one bit of it”.

He then made a number of critical statements about Mr Leahy’s evidence. “Where’s the video of me swerving in and out, nearly killing half the country?... If I did what he said, why didn’t I hit one of them?”.

Judge Larkin said that on the basis of the evidence presented in court, she had “no difficulty” convicting Rice of both charges of dangerous driving. The judge said “I wish to commend the witness for his valour and patience”, and said that by coming forward Mr Leahy “has done the public a service”.

She said that “there’s no doubt in my mind that [Rice’s] driving in both incidents constitutes an unjustifiable risk to the public”. Rice was banned from driving for a total of four years, and fined a total of €500.