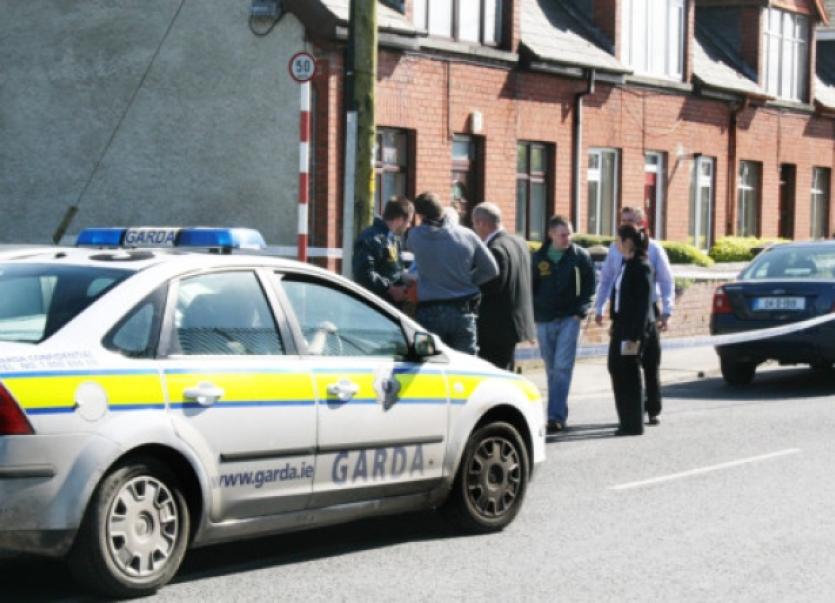 GARDAi investigating a vicious assault at Lord Edward Street yesterday have arrested two people as part of their inquiries.

GARDAi investigating a vicious assault at Lord Edward Street yesterday have arrested two people as part of their inquiries.

The pair - a man in his early 20s and a girl in her late teens - are being questioned at Roxboro Road garda station under Section 4 of the Criminal Justice Act.

Meanwhile, gardai have renewed their appeal for witnesses to contact them.

A 33-year-old, who is originally from the Patrickswell area, sustained serious head injuries when he was struck several times by a group of people.

The incident happened at around 3.30pm at Edward Court – a short distance from the People’s Park.

Investigating gardai have confirmed the attackers used an “implement” but they have not commented as to what it may have been.

One man who lives in the area neighbour and who witnessed the attack said a number of men jumped out the car and assaulted the man relentlessly.

“They just went for him and kept going. It looked as if they were going to kill him, and wouldn’t stop. The hurleys broke in the attack they were hitting him so hard,” said the resident, who did not wish to be named.

Investigating gardai have conducted a number of searches of the area and door-to-door enquires have also been carried out.

A large area remains sealed off this morning and CCTV footage from the area is also being examined by gardai.

The injured man, who is known to gardai, was initially brought the Mid Western Regional Hospital in Dooradoyle for treatment before before being transferred to Cork.

His condition is understood to be critical but stable.