Noonan hits 70 but ‘in no mood’ for retirement 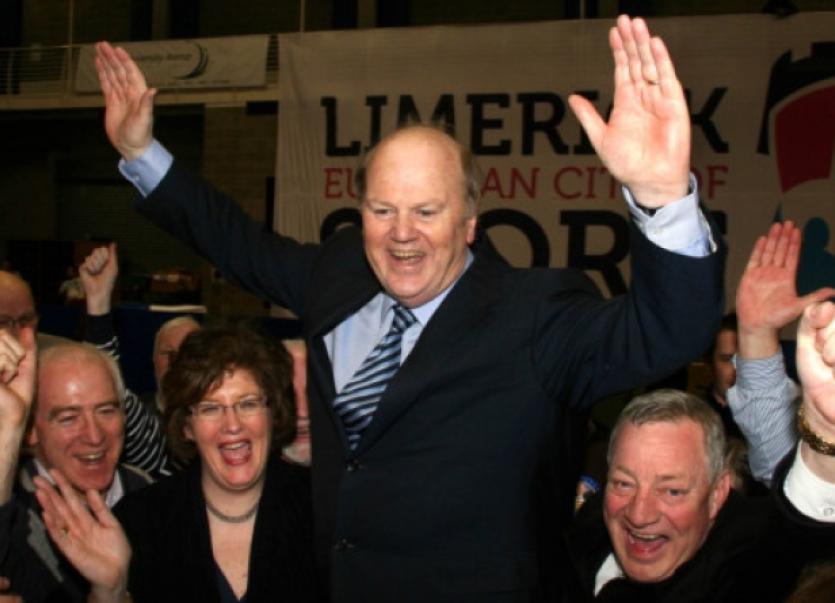 AS he turned 70 this week, Minister for Finance Michael Noonan said he was “in no mood” for following Sir Alex Ferguson into retirement.

AS he turned 70 this week, Minister for Finance Michael Noonan said he was “in no mood” for following Sir Alex Ferguson into retirement.

A decision on whether he would seek an eleventh consecutive term as a TD for Limerick would be made closer to election day, Minister Noonan told the Limerick Leader this Wednesday, a day after he reached his personal milestone.

Political comm-entator John Downing wrote this week that Deputy Noonan’s colleagues in Leinster House expected him to go out at the top and that this term was likely to be his last.

But Minister Noonan said the decision was one he was yet to make. “The election is another two or three years away but at the moment I am in no mood for retiring,” he said.

“I often remember Charles Haughey talking about those old Chinese leaders who would go on to govern well into their 90s deserving our admiration. I’m not saying I’ll be around that long and it’s a decision I will have to make closer to election time,” he said.

“At the moment though, I’m in great form and working very hard on the economy,” he said.

Asked whether he intended to hold on to the finance brief until the next election, Minister Noonan said that was a matter for the Taoiseach.

His 70th birthday had been marked at the weekend spending some time with his family. On whether his children were urging him to call it a day and write his memoirs, the minister said: “It’s a decision they will let me make myself in my own time”.

When he was recovering from heart surgery in 2008, the then opposition TD, seemingly confined to the back benches for the rest of his days, told the Limerick Leader of his admiration for John McCain, who was at that time preparing to challenge Barack Obama for the White House. “If McCain can do it at 72, I fancy I have a great chance of doing it too,” he had said back then.

Of course, that was long before the Fine Gael heave against Enda Kenny and the party’s subsequent election victory which led to one of the most unlikely political comebacks of modern times.

While Minister Noonan has been returned at every general election since 1981, Enda Kenny is the so-called “Daddy of the Dail”, having served as TD for Mayo since 1975, despite being eight years Minister Noonan’s junior.

But nobody rivals the Limerickman when it comes to experience of the top jobs, having now held on to the jobs of Minister for Finance, Health, Justice and Industry and Commerce.

On accepting Enda Kenny’s offer of the finance brief, he said his ambition was to lift Ireland out of an “economic mess”.

And he said this week that while the economy was in much better shape than when he took over the brief in 2011, there is still much to be done.