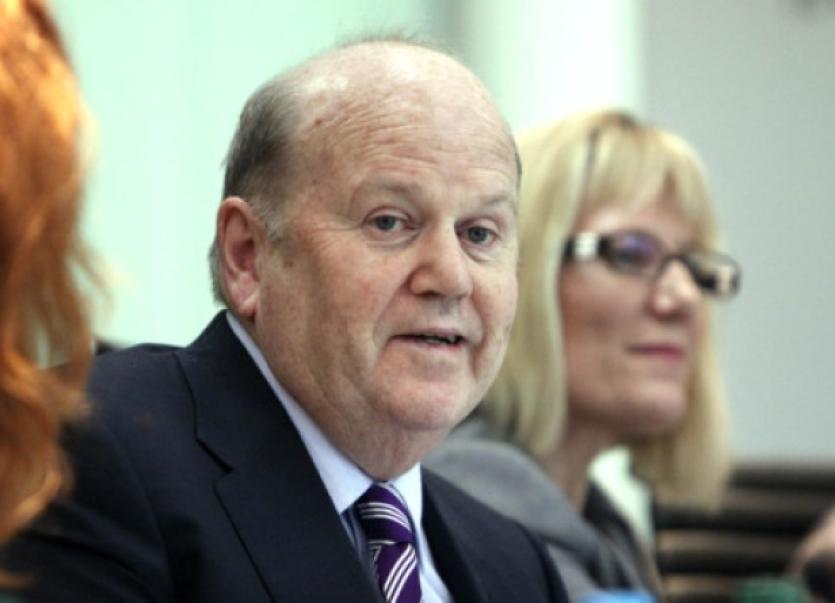 The finance minister and Fine Gael TD turns 70 today but has no plans for extravagant celebrations, instead preferring to focus on the job of being in government.

“His plans involve attending a cabinet meeting in the morning and he is in the Dáil chamber in the afternoon answering finance questions,” said Mr Noonan’s spokesman.

“He has no big celebrations planned,” he added.

Mr Noonan, a father of five who lives in Dooradoyle and whose wife Flor sadly passed away last year, has had a remarkable career in politics, first entering the Dáil as a TD for Limerick East in 1981.

He has been a minister in every Fine Gael led government since 1982.

Writing in a national newspaper at the weekend, former Government press secretary John Downing, from the Dublin Road, said Noonan “has the confidence of a man who feels he has little left to prove”.

However, despite Mr Downing’s assertion in the article that “this is very likely his last Dáil term”, sources close to the long-standing politician expect that he is in fact very likely to run again in the event of an election and has no plans to step away from the political coalface just yet.