Man who flicked cigarette butt at litter warden is fined 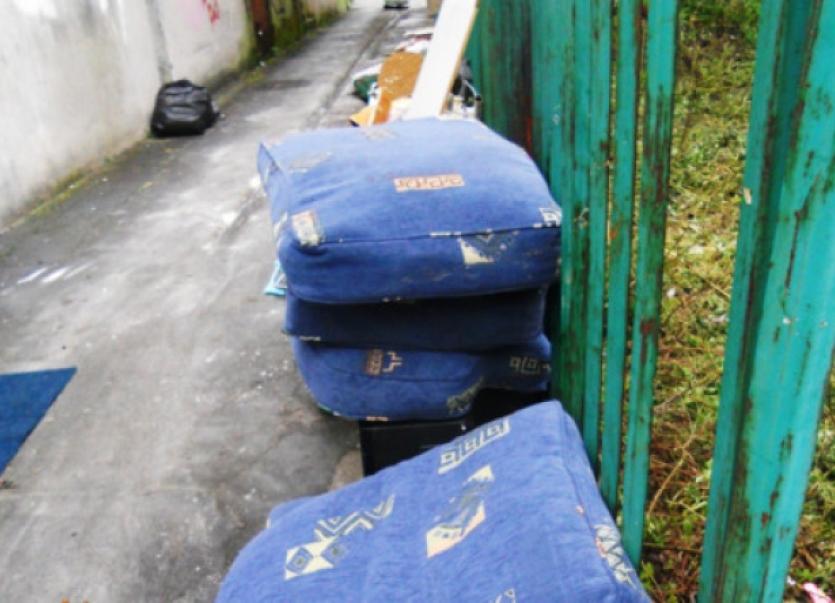 A MAN who flicked a cigarette butt at a litter warden after he questioned him about rubbish he had dumped on a city street was fined almost €3,000.

A MAN who flicked a cigarette butt at a litter warden after he questioned him about rubbish he had dumped on a city street was fined almost €3,000.

During the first incident on September 24, environmental inspector Mike Walsh questioned Mr Guinane after he was alerted to “extensive dumping” at a laneway off Wickham Street.

Mr Walsh told Limerick Court the defendant had removed a large amount of materials such as mattresses, furniture and carpets from a nearby premises, which he said was “being cleaned out”.

Judge Eugene O’Kelly was told Guinane was asked to outline how the rubbish was going to be disposed.

However, the defendant did not supply that information and Mr Walsh said the rubbish had “disappeared” and that he doesn’t know how it was disposed of.

Mr Walsh told the court he encountered Guinane again in the same area a week later.

After speaking with him on that occasion, Walsh flicked a cigarette butt in his direction as he was leaving.

Judge Eugene O’Kelly was told a €150 on-the-spot fine was issued but has not been paid to date.

“You have a difficult enough job to do without people acting in that manner,” he told Mr Walsh.

The judged imposed fines totaling €2,750 and he ordered that Mr Guinane pay €750 towards the costs of Limerick Council in bring the prosecution.