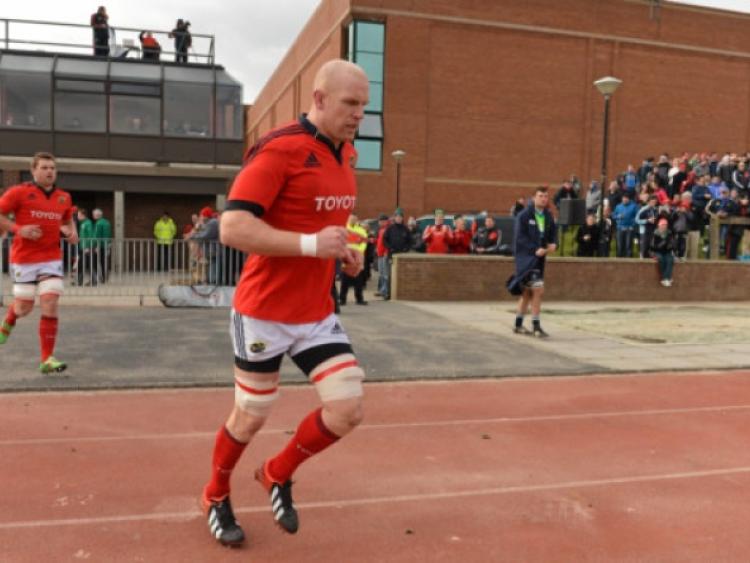 HUGE crowds turned out to witness Paul O’Connell’s return to rugby in the University of Limerick this Tuesday, as the towering lock made a comeback almost a month ahead of schedule.

HUGE crowds turned out to witness Paul O’Connell’s return to rugby in the University of Limerick this Tuesday, as the towering lock made a comeback almost a month ahead of schedule.

The Drombanna man played the first half in a Munster ‘A’ clash with provincial rivals Leinster, coming through unscathed in his first game in five months, with the team running out 24-17 winners.

The Munster and Irish legend wasn’t holding back in the game, which was ostensibly a friendly in the UL Bowl, carrying the ball on a number of occasions and crunching into tackles, roared on by an expectant crowd of all ages.

“I thought he did very well, he seemed to be dictating the whole game, it is great to have him back,” she said, adding “it is fantastic, it is a great occasion.”

O’Connell is now likely to make a quarter final appearance against Harlequins in April, something Cappamore native Pat O’Malley welcomed.

“He played very well, it is good to see him back, it would be wonderful if he was back for the quarter final,” said Pat, who was with Joanne Horgan and her three month old son Tom, who was attending his first rugby match.

UL Arena director Dave Mahedy said the match had created a “big buzz” in the university.

“This is a much bigger crowd than we expected, it is great and there is a real family buzz,” he said. “This is the first time we have done something like this and fair play to the ground staff who pulled out all the stops and did us proud.”