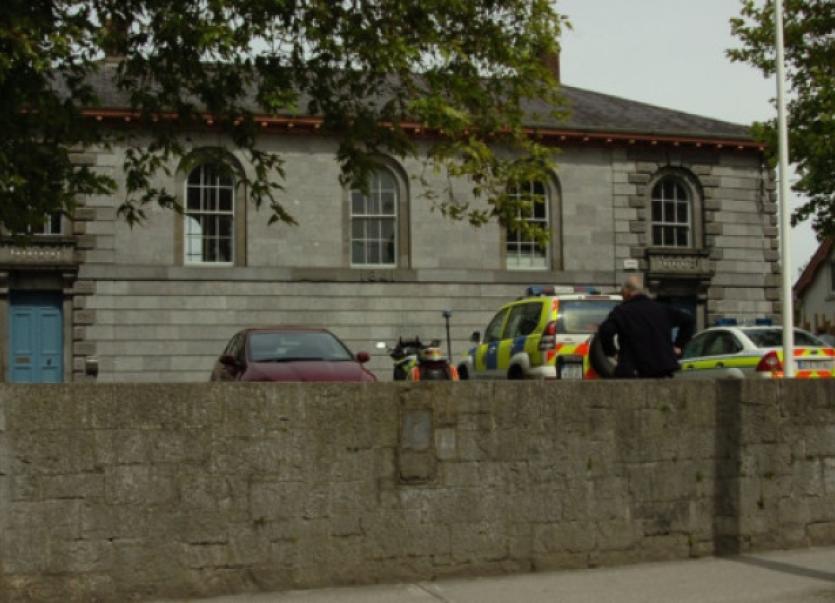 A MAN who was involved in a high-speed chase with an unmarked garda car feared that he was being pursued by assassins, a County Limerick court has heard.

A MAN who was involved in a high-speed chase with an unmarked garda car feared that he was being pursued by assassins, a County Limerick court has heard.

Lithuanian Gytis Kacenauskas and his passenger were both wearing bulletproof vests when they were stopped by gardai at Ballybrogue South, Patrickswell on May 1, 2012.

Mr Kacenauskas, who was driving at over 165 kmph on a very wet road, pleaded guilty at Newcastle West Court to a charge of driving without reasonable consideration. His defence claimed that Mr Kacenauskas is in hiding and fears for his life.

Garda John Marsh told the court that he was on patrol in an unmarked squad car on the date in question. He said that road conditions were “very bad” at the time, as there was “torrential rain”.

Garda Marsh said that he came across the vehicle, which was driving at considerable speed, and as he attempted to catch up to it in order to take its licence plate number, the car sped up. The court heard that the vehicle was driving in excess of 165 kmph when Garda Marsh activated his siren, and pulled the vehicle over.

Mr Kacenauskas, who was driving the vehicle, was initially charged with careless driving, which was reduced to the lesser offence of driving without reasonable consideration following an application in court.

Solicitor Enda O’Connor, defending, said that Mr Kacenauskas did not stop at first as he “thought he was being pursued”. Mr O’Connor said told the court that “my client’s life is under threat”, and that the passenger who was with him in the car at the time “was shot previously”. Both men were wearing bulletproof vests at the time, the court heard.

Mr O’Connor said that Mr Kacenauskas, who was present in court, is a company director of a waste disposal business in Dublin, but has had to flee the city after threats were made against his life. He is now residing at an address in County Kildare.

Judge Mary Larkin said that while she accepted the “mitigating circumstances”, 165 kmph was “an extraordinary speed to be going”.

She handed Mr Kacenauskas a fine of €400.