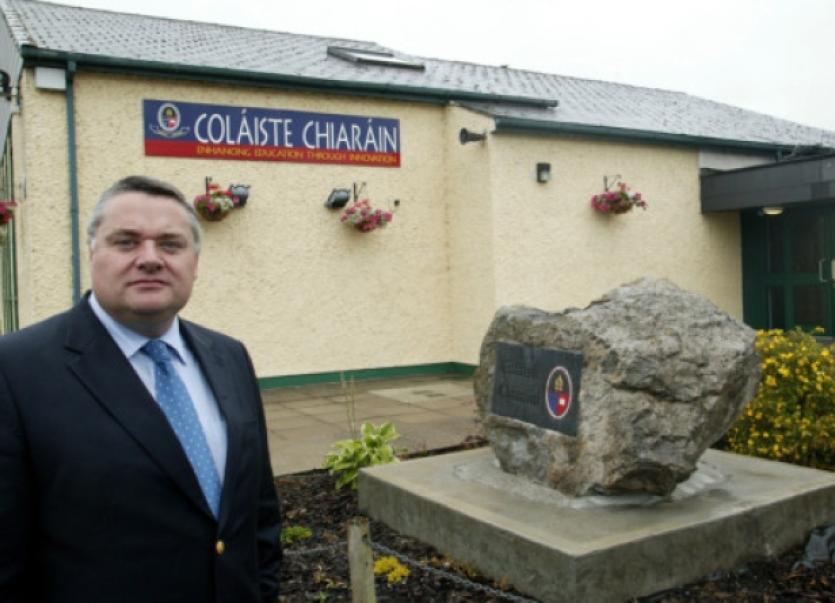 THE principal of a County Limerick school which suspended 28 students after they ‘liked’ an offensive post on Facebook about a staff member says he has received messages of support from all over the world.

THE principal of a County Limerick school which suspended 28 students after they ‘liked’ an offensive post on Facebook about a staff member says he has received messages of support from all over the world.

The actions of Noel Malone, principal of Colaiste Chiarain in Croom, have attracted considerable national media coverage and comment on social media sites since they were first reported on the Limerick Leader website, www.limerickleader.ie, on Monday afternoon.

The 28 students have since returned to school and are understood to have apologised to individual concerned.

Mr Malone said “practically 100%” of the parents of children attending the school have expressed their support for the school’s actions.

He added that he has received calls from schools and other educational bodies across the country, Europe and as far away as Perth in Australia.

“You just wouldn’t believe the amount of calls I received. I was actually quite staggered but it’s amazing the power of media,” he said.

Thousands of people have viewed our story online - with many expressing their views.

Responding to claims that the action taken by the school was “an overreaction”, Mr Malone defended Colaiste Chiarain’s stance, saying the post on Facebook “was a clear example of cyberbullying” and was in breach of the school’s anti-bullying policy.

Most of the 28 students were suspended for two days at the beginning of last week while the remainder, who were on work experience away from the school, began their suspension this Monday.

“An issue was brought to my attention which concerned significantly inappropriate activity on a Facebook account. This happened outside the school,” said Noel Malone, who has been principal at Colaiste Chiarain for 14 years.

“There was shock and certainly disbelief and some people found it very hard to understand how their son or daughter could have done such a thing,” he said adding that the school authorities took a screen-shot of the offensive post before dealing with the matter.

The principal, says the two-day suspension imposed on the students was “not a life sentence” and he insists there will be no further repercussions for those who were involved.

He stressed that the pupils who were suspended have acknowledged that what they did was wrong.

“They were very regretful, very remorseful. Even before we had left the school they had gone to the relevant victim and had apologised. They made that very clear,” he said.

Mr Malone says while a criminal offence may have been committed, he doesn’t expect that gardai will be called in.

“We didn’t refer it to the gardai because it is a matter for the victim themselves to make that referral and I don’t think that they intend to,” he said.

While the offending post has since been removed, Mr Malone has strongly criticised Facebook over its response.

In reply to Mr Malone’s complaint about the post, the social media giant states that after carefully reviewing it, it found “it doesn’t violate our community standard on bullying and harassment so we didn’t remove it.”

“I am very, very concerned and I brought this up at a national level – why Facebook wouldn’t respond to a school and how they can feel that things like this are acceptable,” he said.

The Fine Gael TD, who is a leading campaigner against suicide said the decision to suspend the 28 student was courageous. “This is a very serious issue because we know there are a vast amount of children who are bullied at some stage. People have various levels of vulnerability when trying to cope,” he said.