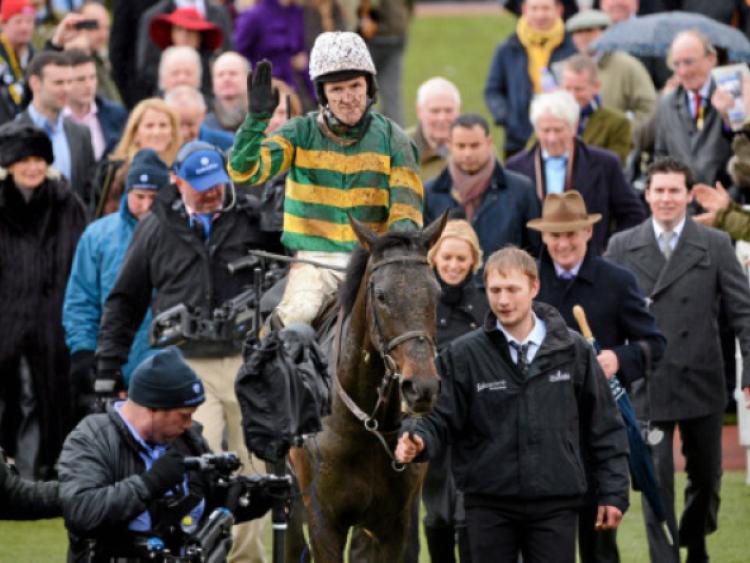 RACING tycoon JP McManus has said his thoughts are with Limerick jockey JT McNamara after he was seriously injured in a fall at Cheltenham yesterday.

RACING tycoon JP McManus has said his thoughts are with Limerick jockey JT McNamara after he was seriously injured in a fall at Cheltenham yesterday.

The 37-year-old, who is from Croom, underwent surgery at Bristol’s Frenchay Hospital this morning after he fractured two vertebrae while riding Galaxy Rock in the Fulke Walwyn Kim Muir Challenge Cup.

Speaking this afternoon after his horse, At Fishers Cross, won the Albert Bartlett Novices’ Hurdle, JP McManus said his thoughts were with JT McNamara and his family.

The married father-of-three, who is a first cousin of fellow Croom jockey Andrew McNamara, is one of Ireland’s leading amateur jockeys with more than 600 winners to his name.

A further update on his condition is not expected until tomorrow.