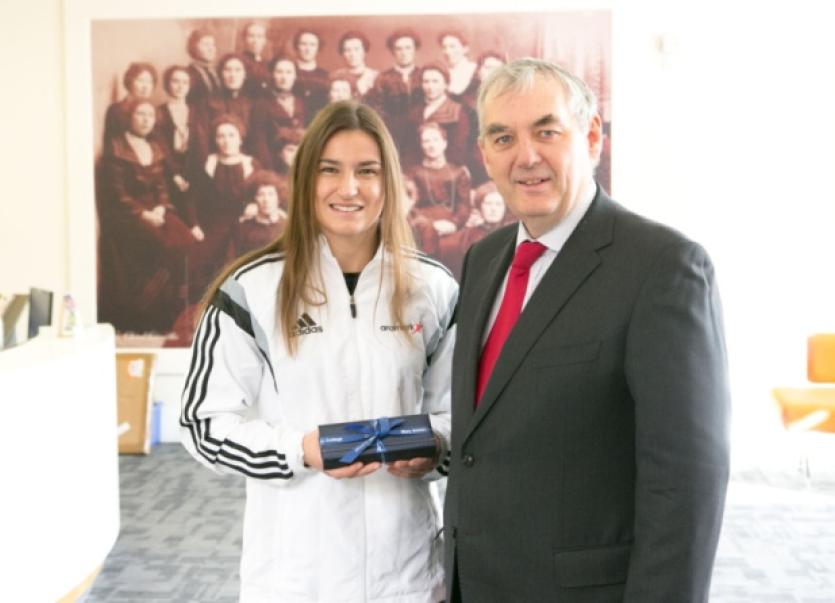 OLYMPIC champion Katie Taylor has spoken for the first time about the controversial move of Ireland’s head coach Billy Walsh to the United States, and how he broke down in tears recently as he was “heartbroken by the situation”.

OLYMPIC champion Katie Taylor has spoken for the first time about the controversial move of Ireland’s head coach Billy Walsh to the United States, and how he broke down in tears recently as he was “heartbroken by the situation”.

Mr Walsh, 52, left Dublin airport on Thursday morning, flying out to the US where he will head up the women’s boxing programme.

The Irish boxing head coach resigned on Monday after failing to reach an agreement with the Irish Amateur Boxing Association (IABA) over a new contract.

Speaking in Limerick yesterday (Thursday), where she took part in an questions and answers session with students in Mary Immaculate College, she was asked what impact Mr Walsh’s departure would have.

“Everyone has to understand the situation with Billy,” she told the audience of over 100 people.

“I’ve only seen Billy cry twice in my life, one was after the Olympic games and the other was a few days ago saying goodbye to him. He was absolutely heartbroken by the situation.

“Obviously the boxers are going to be the ones affected by the situation. I think for us, he has already set a great path for us. He has left a great legacy behind, that will do us well going into Rio. We’re obviously going to miss him terrible but we just have to stay focused. We’re lucky to have support there and great coaches. Obviously it’s going to be a huge loss for Irish boxing,” she said.

Asked about the secret to her success in the ring, she said: “There’s no secret to success. It takes a lot of hard work. Take something that you love, something that you’re passionate about, give it 100% . My parents always said there’s greatness in everyone. You’ve just got to work hard to get greatness out of them. Don’t be discouraged about setbacks. I’ve had setbacks in my career.”

She also spoke about the importance of mental health and well-being.

“Your diet and your exercise go hand in hand with mental health. For me, I think training every day takes my mind off things. It’s important to have people around to talk too.

“It’s not hard for me to keep motivated. I love waking up and being able to do what I love. I feel very blessed for that. I try be the best I can be, to make history in my sport and to be the best female boxer in the world. So for me, finding that motivation isn’t really hard. I feel like the best is yet to come.”

Ms Taylor visited Mary Immaculate College as she is the health and well-being ambassador of Aramark Food Services, who also provide catering on campus.

During her visit the Olympic Gold Medallist met with Prof. Michael A Hayes, president of MIC, members of the Department of Arts Education and Physical Education; the Health Promotion Office in addition to some of MIC’s sporting stars.