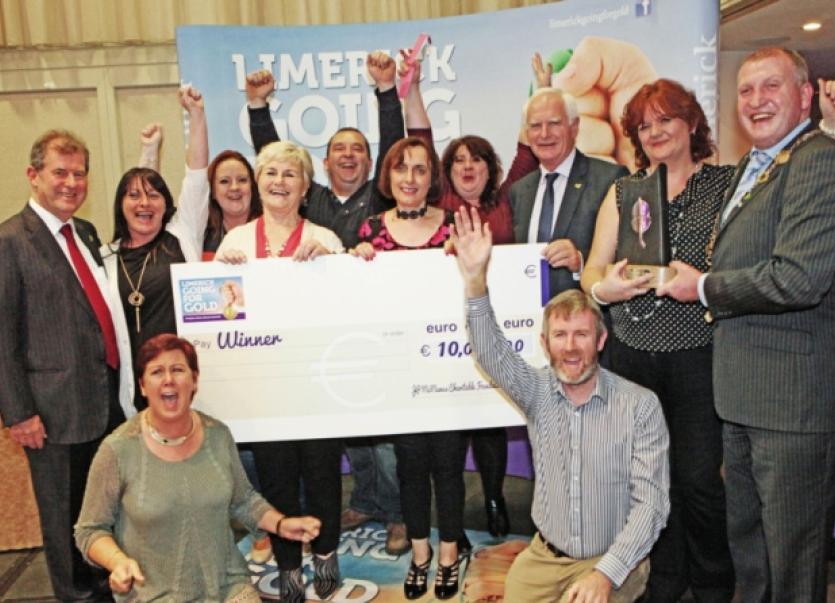 BUSINESSman JP McManus says he and his family will continue to support the Limerick Going for Gold initiative for as long as they able.

BUSINESSman JP McManus says he and his family will continue to support the Limerick Going for Gold initiative for as long as they able.

He made his comments this Tuesday night after Castleconnell was crowned the overall winner of this year’s competition.

Prizes totalling more than €76,000 were presented to communities across Limerick at the grand final with Castleconnell Tidy Towns committee receiving the top prize of €10,000.

“We are absolutely delighted, it’s taken years of hard work to achieve this so we are absolutely thrilled,” said Frances Clifford, chairperson of Castleconnell Tidy Towns, who praised the local community for their support of the committee.

“The community are behind us all the way always, they are fantastic to support our fundraising and support any of the clean-up days that we have so this is a thank you to them as well,” she added.

Several other prizes were presented on the night with hundreds of people from across Limerick in attendance.

Speaking at the Strand Hotel, JP McManus confirmed that he will continue to support the Going for Gold competition going forward.

“We would like to be involved for as long as we’re able. It’s close to my heart, it’s close to my family’s heart. We get enormous pleasure out of it and it’s great to see so many people doing such wonderful work,” he said.

Meanwhile, JP says he expects details of next year’s Team Limerick Clean-up (TLC) event will be confirmed in the coming weeks.

“There is great passion in Limerick, it’s amazing what brings people together and there is a will here to make Limerick cleaner, better and, you know, we have come a long way in the last few years but let’s not let it stop here,” he said.