17-year-old airlifted from Kilkee to Limerick 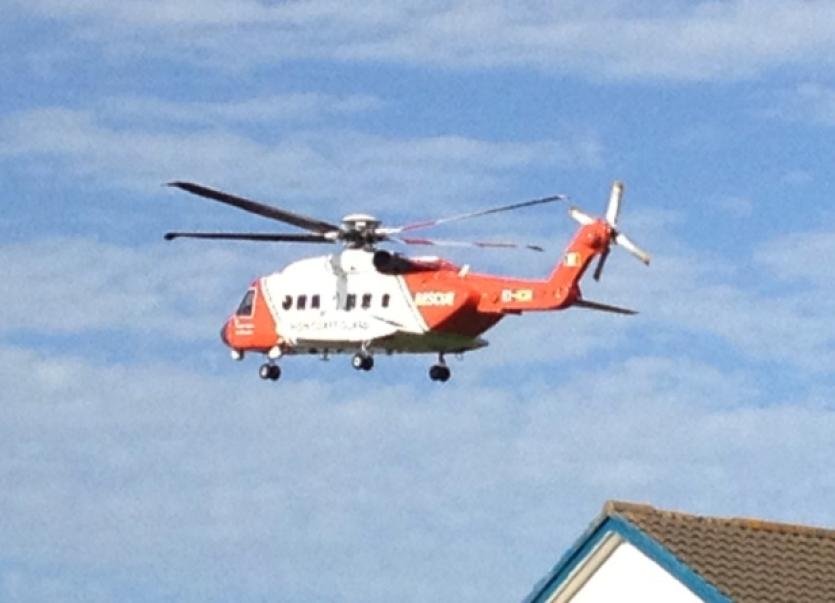 A 17-year-old male from Limerick was dramatically airlifted from Kilkee to University Hospital Limerick this Sunday after sustaining head injuries.

A 17-year-old male from Limerick was dramatically airlifted from Kilkee to University Hospital Limerick this Sunday after sustaining head injuries.

The youth was airlifted from St Senan’s GAA pitch by the Shannon Rescue 115 helicopter in an operation co-ordinated by Kilkee Coast Guard.

The young man sustained the head injuries while on a boat off the Clare coast, with the Valentia Coast Guard Unit subsequently contacted via the 999 service.

He was brought to the slipway in Kilkee, where he was treated by the Coast Guard, paramedics and a doctor.

He was then transferred to the GAA pitch, where the Rescue helicopter brought him to University Hospital Limerick.

His injuries, while severe, are not believed to be life threatening.

The alarm was raised around 3.25pm on Sunday afternoon. Valentia tasked the Kilkee Coast Guard with co-ordinating the rescue.

There were dramatic scenes as the Rescue 115 helicopter landed on the GAA pitch on the outskirts of the coastal seaside town, where an ambulance transferred the 17-year-old who was then flown to UHL.

It is understood that the severity of the head injury did not warrant the young man being brought to Cork University Hospital, which treats acute head injuries.