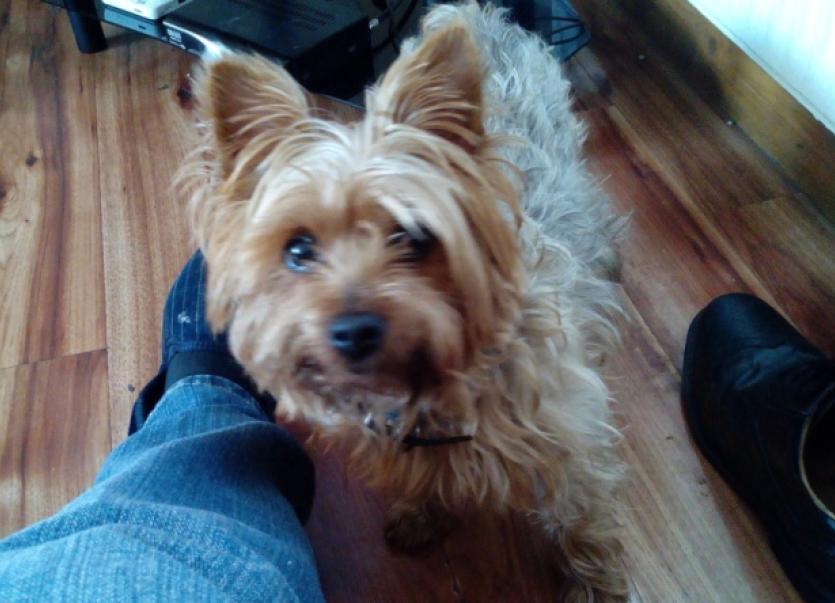 THE owner of a dog that was “savaged” to death by a pitbull in broad daylight in Limerick city last week has spoken out over the horrific incident.

THE owner of a dog that was “savaged” to death by a pitbull in broad daylight in Limerick city last week has spoken out over the horrific incident.

Bill Nunan, 57, was walking his small Yorkshire terrier on William Street last Monday when a loose and unmuzzled pitbull engaged in “a gruesome” attack on the innocent dog.

Mr Nunan said he had 8-year-old Judy in his hands walking out of a shop on High Street, and when he put her down on the ground, the pitbull “pounced” on her straight away.

According to witnesses, more than 30 people saw the attack on William Street. One witness described the attack as “gruesome”, and added that the pitbull had “its jaw on the terrier’s jaw” as people were trying to separate the two.

The terrier was taken to the vet after the incident took place at 4pm, and was pronounced dead there.

Mr Nunan said that he and his wife are “too upset to talk about it” and that he finds it hard to sleep at night after the incident.

The city vet that treated the dog that was “savaged” to death by the pitbull said it died in the clinic from serious injuries.

Immediately after the attack on the small Yorkshire terrier, Mr Nunan took her to the city vet on Lord Edward Street.

Veterinary practitioner Donal Ryan confirmed that a seriously injured dog was brought in on that Monday evening.

“There was a dog that was brought in on Monday evening and it was savaged. It was badly injured and died while it was here. The dog bled to death but probably died from severe internal injuries,” he said.

Mr Nunan said that the people didn’t take ownership of the dog at the scene of the attack.

“There was a chap behind me and I remember him saying, ‘It’s disgraceful. You should have that dog on a lead and a muzzle.’ The pitbull was loose, you see. They replied, ‘We don’t own the dog.’ And then one lad said, ‘Well if you don’t shut up, we will set him on you.”

“I wasn’t frightened. If that pitbull caught my hand, I would have happily sacrificed it for my little dog. I don’t blame the pitbull because that is what they are trained for. There are so many dogs taken from gardens in Limerick and they are taken to blood pitbulls.”

The incident was not reported to gardaí at Henry Street garda station. According to a garda source, the only reported incident with a dog in the last week was when gardaí found a dead dog with a rope around its neck on a bin, in John’s Gate.

“We do not condone this and it is an awful thing to happen to anybody and the last thing you want to being attacked by another dog. If the person wants to report it to the gardaí, we will have to look at it,” the source said.

Likewise, Limerick city and county council said the Dog Warden Service did not receive a complaint.

A witness at the scene told the Limerick Leader that more than 30 people saw the incident take place and that it was a “gruesome” attack.

“The owner had the poor dog in his arms and its head was just hanging. It was such a lovely little dog,” the witness said.