Limerick wetlands ‘may be lost’ unless plan is put in place 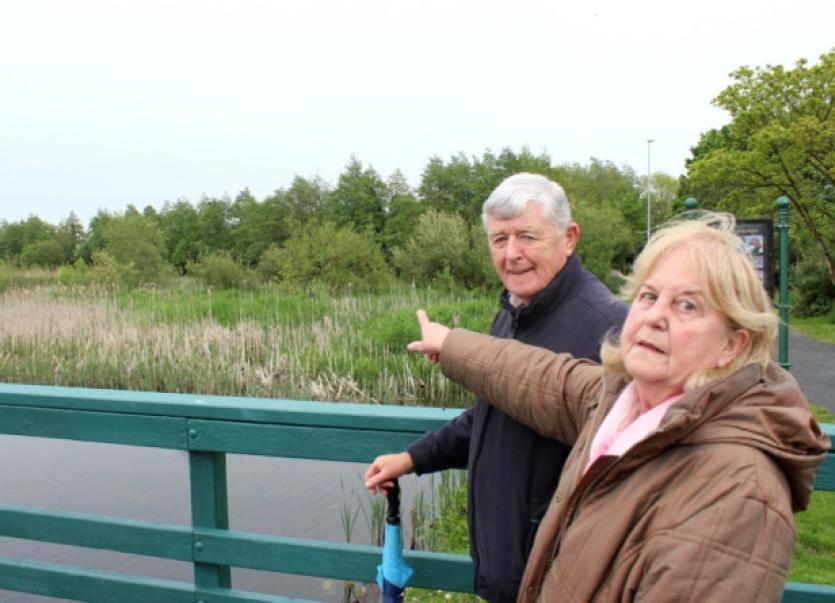 THE only wetlands in Limerick city centre could be lost unless a plan is put in place to protect the area, a local councillor has warned.

THE only wetlands in Limerick city centre could be lost unless a plan is put in place to protect the area, a local councillor has warned.

Northside councillor Michael Hourigan has called on the council to implement the recommendations of a previous Natura study to protect the Westfields Wetlands, which lie between the North Circular Road and the Condell Road.

He is concerned that if reeds continue to grow in the water, it will eventually revert to solid ground - as has already happened with part of the site.

“It is our responsibility to preserve this natural resource for the people. As you can see, the bullrush is taking over the water. I am looking for an ongoing management policy, to retain the water, marsh and woodlands,” the Fine Gael councillor said.

Having held discussions with local authority officials, Cllr Hourigan was told it would cost up to €70,000 for the maintenance of a management plan.

“My response to this is that we should do it on a piecemeal basis. A bit each year,” he said.

Anne Hickey, who lives near the wetlands at the North Circular Road, said the wetlands have never been more important.

“Children are now studying biodiversity. They are also completing the green flags. But in the schools, all they have is cement. So they have to have a green area to study these. I guarantee you in the course of the day, there are two or three coach-loads of children touring the area,” she said.

Not only are the wetlands important to youngsters, she said they are also visited by tourists, walkers and cyclists.

Cllr Hourigan said the quality of the water in the wetlands needs to be analysed on an ongoing basis.

Under any other business at a recent metropolitan district meeting, he called for the implementation of the 1999 Natura report, which outlines exactly what must be done to protect the wetlands.

“The public need to be aware that it could be lost to the city.

“If it is lost, it is not coming back,” he concluded.

‘A hidden gem in the city’ - Wildlife, flora and fauna in plentiful supply

The Westfields Wetlands is widely regarded as one of the city’s hidden gems. An oasis of water between the Condell Road and the North Circular Road, it is home to a huge variety of wildlife, flora and fauna.

The facility offers spectacular views of the River Shannon.

Wildlife in the area are accustomed to humans such is the level of footfall at the wetlands. Ducks and swans can be seen close up by youngsters.