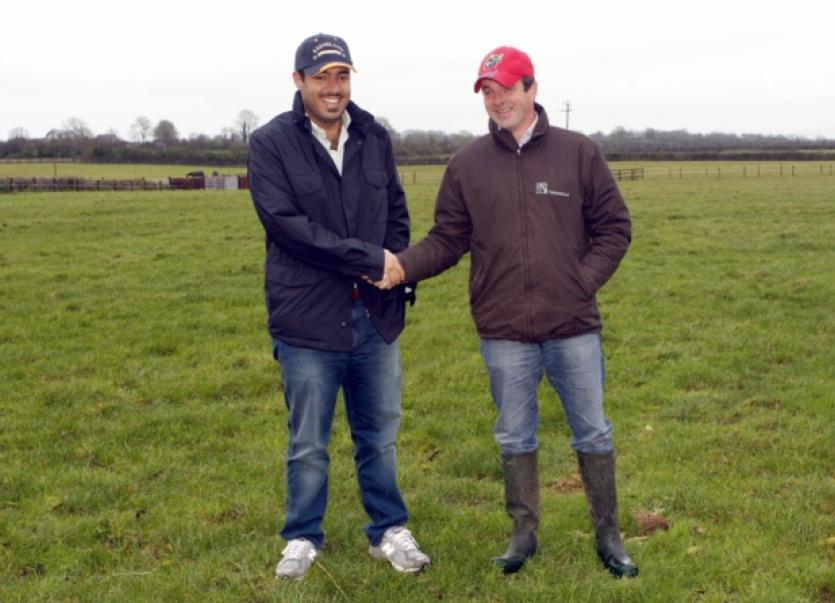 LIMERICK Racecourse is to host a day in honour of the bravest competitors in Irish sport - jockeys.

LIMERICK Racecourse is to host a day in honour of the bravest competitors in Irish sport - jockeys.

Just last weekend Davy Russell and Barry Geraghty broke an arm and shinbone respectively. While the horrific injuries suffered by our own JT McNamara demonstrates the dangers they place themselves in every day they go out on the track.

The charity raceday will also honour multiple-champion jockeys Tim and Martin Molony - the Limerick brothers who dominated the Irish and UK racing scene in the forties and fifties.

One of the highlights will be the unveiling of a statue of the Molony brothers by sculptor, Paul Ferriter.

Peter Molony, son of Martin, said: “Having Sheikh Fahad involved has added a whole new dimension to the raceday and it’s fantastic that he is lending his support by taking part.

“I am looking forward to riding in the race, also on what will be a special day for our family as the Molony brothers statue is unveiled at Limerick Racecourse,” said Peter.

However, as Sheikh Fahad is his boss Peter better be careful not to beat him in a driving finish! Sheikh Fahad bought over 100 acres of land in Manister in 2013 - not too far from Limerick Racecourse. Building commenced on state-of-the-art stables in December after planning permission was granted. Sheikh Fahad, a patron of Irish Injured Jockeys, visited the farm of land last November.

All proceeds from the race will go to the charity and each rider will have to raise a minimum of €1,000 to take part. All race details can be found on the Irish Injured Jockeys website, www.irishinjuredjockeys.com.

Conor O’Neill, general manager of Limerick Racecourse, said he was delighted to host what promises to be a unique and very special race day on Saturday, April 25.

“I really hope it will raise public awareness and vital funds for Irish Injured Jockeys. They play a crucial role in racing, a sport which poses such high risks on a daily basis. The work that they do is fantastic and I look forward to welcoming you all to Limerick Racecourse on the day to show your support,” he said.

Ruby Walsh, Irish Injured Jockeys Chairman, said he was thrilled with the interest.

“The maximum field we can cater for is 14 runners so based on entries we might have to run two divisions with a potential fundraising prospect of €28,000 which would be a great result for our injured riders.”