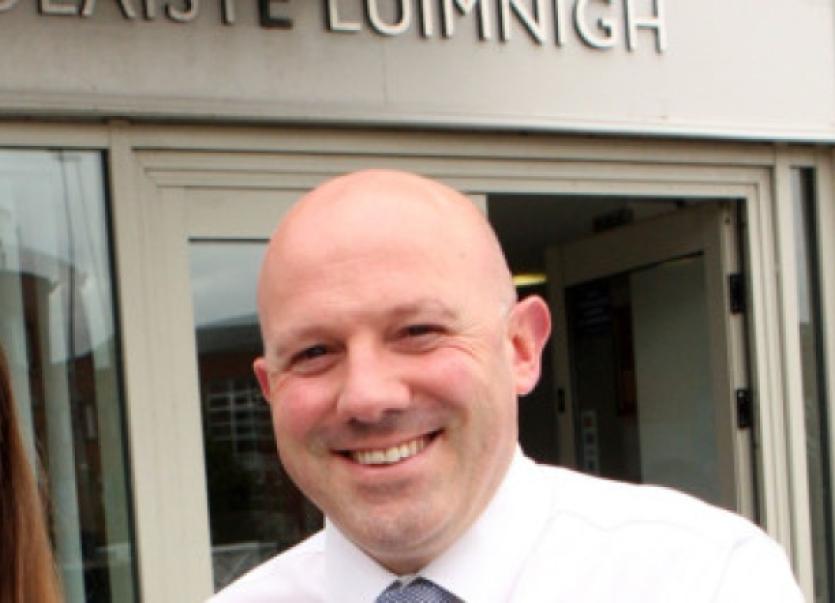 THE principal of one of Limerick’s fastest-growing schools has said they “can’t cope with demand” and a decision on a permanent new home cannot come soon enough.

THE principal of one of Limerick’s fastest-growing schools has said they “can’t cope with demand” and a decision on a permanent new home cannot come soon enough.

Gaelcholáiste Luimnigh has just secured planning permission for three new classrooms, a study hall and canteen on the second floor of the former Barrington’s youth hostel on George’s Quay. The school already occupies the ground floor and by September, there will be 10 functioning classrooms in the building. This is in addition to the main school building on Harry’s Mall and other space it rents from LIT on George’s Quay.

That all school accommodation is rented is “a considerable cost to the Exchequer”, principal Donncha ó Treasaigh said.

“Limerick and Clare Education and Training Board, in conjunction with the Department of Education are actively pursuing a suitable permanent site for us,” he said.

The school only opened in 2007 but come September will have 580 students enrolled. It serves the whole Mid-West region for those seeking an all-Irish secondary education and projects a school population of 750 by 2020.

Mr ó Treasaigh said the impending closure of St Enda’s and Scoil Carmel, the amalgamation of Salesians Secondary and St Nessan’s, and general migration trends towards cities were putting significant pressure on secondary schools in the city.

It is the gaelcholáiste’s wish that their new home be located somewhere in the city centre, ideally close to their current base.