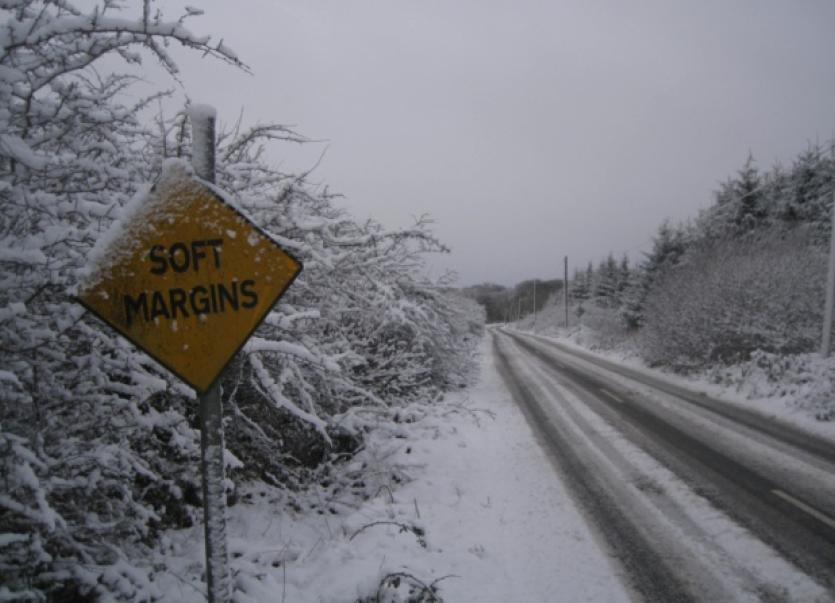 MET Eireann has extended its orange weather alert for Limerick warning there could be up to eight centimetres of snowfall in parts of Limerick over the next 24 hours.

MET Eireann has extended its orange weather alert for Limerick warning there could be up to eight centimetres of snowfall in parts of Limerick over the next 24 hours.

The weather warning which was issued for Connacht, Cavan, Monaghan, Donegal, Clare, Kerry and Limerick last night has now been extended until 9am on Wednesday.

“Wintry, thundery showers of hail, sleet and snow today and overnight with snow accumulations of 4 to 8cm.” states the warning, which adds that the highest amounts of snowfall will be on high ground in Connacht and west Ulster.

The status orange alert replaces a yellow alert which was issued yesterday afternoon.

UPDATE: Met Eireann has since updated its status again, and is warning of high winds on Wednesday and Thursday, with Limerick affected.

Southerly winds of mean speeds of 65 to 80 km/h with gusts of 110 to 130 km/h will develop on Wednesday afternoon and will continue through the night, when they will veer west to southwest. Strongest winds will be along the coast. Winds will start to ease off later on Thursday morning.

It has also issued a yellow warning for rainfall in the Limerick area on Tuesday night, with torrential rain expected on Wednesday afternoon. It will start to clear on Wednesday night.