Dog found in Limerick was ‘tortured’ 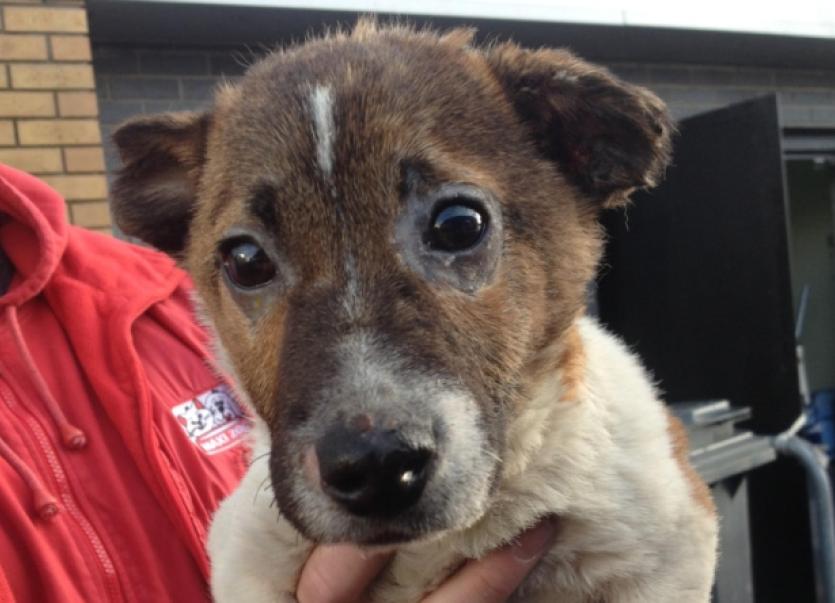 A FIVE-MONTH-OLD Terrier was found by Limerick Animal Welfare after being “tortured” in the city.

A FIVE-MONTH-OLD Terrier was found by Limerick Animal Welfare after being “tortured” in the city.

“He has a broken pelvis, an untreated injury to one of his eyes, a broken hip, ear tips cut off, burns to his stomach and his whiskers were singed off. He has been tortured so badly that he is terrified of people.” said Marie Quirke, Limerick Animal Welfare (LAW) sanctuary manager in Kilfinane.

The charity have called the dog George. He was spotted after being throw over a garden wall in Southill on Sunday, January 3.

“George is only a pup. We have to ask, what kind of person is capable of such intentional cruelty?” said Marie.

LAW never put down a pet in their care and have started fundraising to pay for George’s veterinary needs. He was sent to the veterinary hospital in UCD.

“He has been x-rayed and has a very bad type of fracture of the femoral neck. This is going to require specialist orthopaedic treatment and he will have to go to Dublin to get it done. It is going to cost in the region of €1,000 to repair this leg properly We are doing a fundraiser for him on our Facebook page.

“He is the sweetest dog you could ever meet in spite of all he has been through and all he wants is a bit of attention. I dread thinking of what has been done to him,” they say.

Even after George’s wounds have healed Marie says he will need lots of tender loving care before they can even think of rehoming him.

It has been a very busy festive period and start of the New Year for the Kilfinane-based charity with phones ringing non-stop. They are “full to overflowing” and can only deal with urgent cases. They are taking details of healthy dogs and are adding them their waiting list.

“We are taking in more and more injured animals every day, no owners can be found due to lack of enforcement of identification,” said Marie.

“There is a pronounced increase of stray animals. Rescue centres can only find space for a limited amount. Others will be taken to the pound and many more will be stolen off the streets and exploited by puppy farmers, more will be used as bait for pit bull fighting.

“Despite campaigns to appeal and educate the public about microchipping, we are still seeing rising numbers of stray dogs on the streets. Back-yard breeding and puppy farming is leading to the overpopulation of dogs in the country and without enough homes many will be put to sleep. Please be on the alert for dog robbers.

“Limerick Animal Welfare have hundreds of reports of stolen dogs in the last year. Keep your dogs out of sight and off the streets,” added Marie.