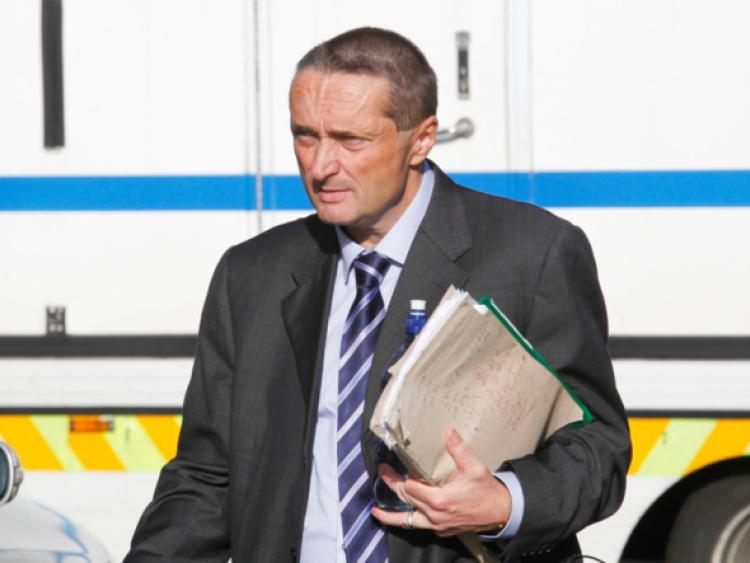 A YOUNG man who is accused of ramming a garda patrol car during a high-speed pursuit is to seek bail at the High Court.

A YOUNG man who is accused of ramming a garda patrol car during a high-speed pursuit is to seek bail at the High Court.

He is accused of dangerous driving at six separate locations on the outskirts of the city and with causing criminal damage to a patrol car at Fedamore Cross on January 8, last.

It is alleged the pursuit began at around 8.45pm after members of the armed regional support unit tried to stop an English-registered Renault Megane which was being driven by the defendant at Swallow Drive, John Carew Park.

After the vehicle failed to stop, it was pursued at high speed to Childers Road and onto the M20 motorway.

A second garda vehicle was deployed to assist in the pursuit, which continued for some time.

While gardai withdrew from the pursuit due to the poor weather conditions on the night it is alleged the defendant rammed a patrol car a short time later at a checkpoint which had been set up at Fedamore Cross.

At the weekend, a special sitting of Limerick District Court was told the defendant was arrested shortly before 9.30pm after the  Megane was located at the Delta Retail Park, Ballysimon.

Opposing bail, Detective Garda Paul Crowley alleged the defendant reached speeds as high as 170kph during the pursuit and that other vehicles had to take evasive action.

He said he did not believe the defendant would stand trial and that he would not abide by any bail conditions.

On Tuesday, solicitor John Devane told the court his client intends applying for bail at the High Court in Dublin next Monday.

Sergeant Donal Cronin said a file is being prepared for the Director of Public Prosecutions and that further charges are being considered.

Judge Mary Larkin remanded the defendant in continuing custody until January 27, next.