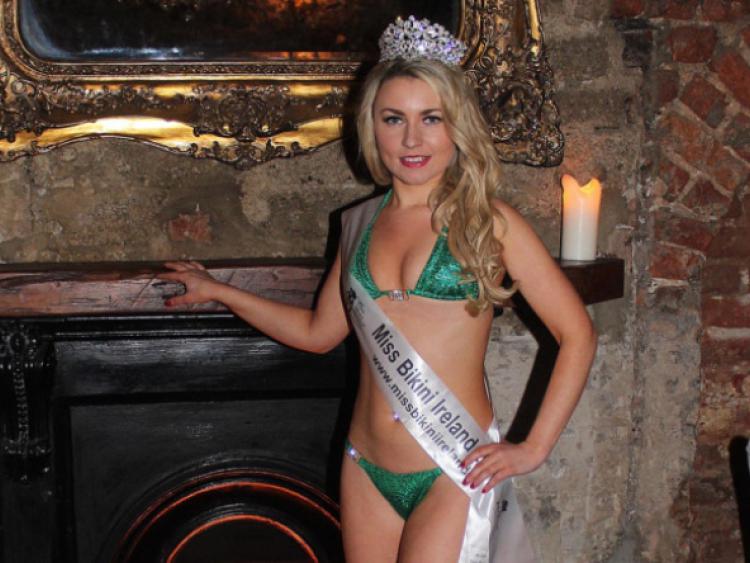 WITH extra nurses due to be hired at the University Hospital in Limerick, among their new recruits is an already familiar face - Miss Bikini Ireland.

WITH extra nurses due to be hired at the University Hospital in Limerick, among their new recruits is an already familiar face - Miss Bikini Ireland.

Fresh from competing at the world’s biggest bikini contest, Swimsuit USA International in Mexico just before Christmas, Judy Fitzgerald, 23, from Raheen, has just this week joined the general nursing staff at the University Hospital in Dooradoyle.

It has been a whirlwind few months for the young woman, who got her degree in nursing from University College Cork and was interviewed for her new job just before jetting off to Playa Del Carmen, Riviera Maya, Mexico.

While the overall crown went to Adeline Mock from South Africa, Judy said she had a fantastic time competing in the all expenses paid trip, after being crowned Miss Bikini Ireland in Limerick’s Pery’s Bestwestern hotel shortly before, competing against young women from nearly every county.

“It was a brilliant experience, and I’m still in touch with a lot of the girls from the competition. We each received loads of prizes, and I won a cruise to the Bahamas, and was invited to come along to New York fashion week in February,” said the petite 5’2 blonde.

In Mexico she competed against 73 other contestants from around the world, and the top prize of $75,000, as well as lucrative modelling contracts.

“Adeline was a very deserving winner. You were judged for the whole week, as well as when you were on the stage, on how you presented yourself, spoke and interacted with people,” she told the Limerick Leader.

Judy, who previously worked as a general nurse at Mercy University Hospital in Cork, said nursing will remain her main focus, but she hopes to continue modelling on the sideline.