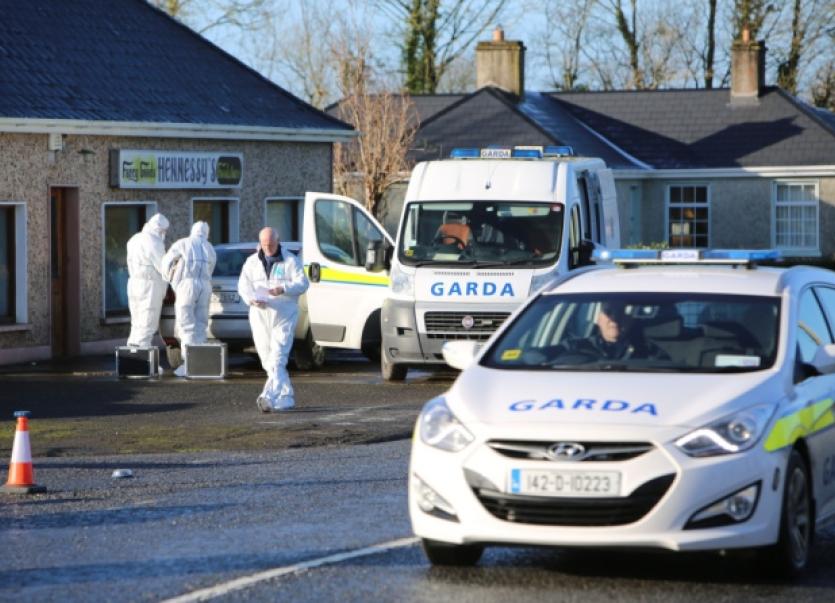 GARDAI say a grandmother whose body was found in County Limerick yesterday died suddenly and have ruled out foul play in the cause of her death.

GARDAI say a grandmother whose body was found in County Limerick yesterday died suddenly and have ruled out foul play in the cause of her death.

The body of Teresa Nyst, 65, was found at the rear of a house at Ballygibba, Kilmallock at around 2.30pm on Saturday.

The married mother-of-three - who resided on the Bruree Road between Kilmallock and Bruree - was discovered with a head injury.

The State pathologist, Professor Marie Cassidy, carried out a preliminary examination on the woman’s body at the scene this morning before conducting a full post mortem at University Hospital Limerick later in the afternoon.

“It was a sudden death. There was nothing suspicious. We are continuing our enquiries and are preparing a file for the coroner,” said Inspector Brian Sugrue, the acting superintendent at Bruff garda station.

The body of the woman was found at the rear of an unoccupied house which is located about a mile from her own home.

The owner of the house is currently abroad and it is understood that a relative of the home owner raised the alarm after he discovered the body when visiting the property.

Local council Mike Donegan said the local community is in a state of shock following the news of Mrs Nyst’s sudden death.

“It is a desperate shock for both communities in Bruree and Kilmallock and indeed for her neighbours who were very good to her. I was at Mass and everyone was talking about it,” said the Kilmallock-based councillor.

“Teresa was well-known and well respected within the local community. It is a terrible tragedy and an unfortunate end to her life. I want to offer my condolences to the family,” he added.