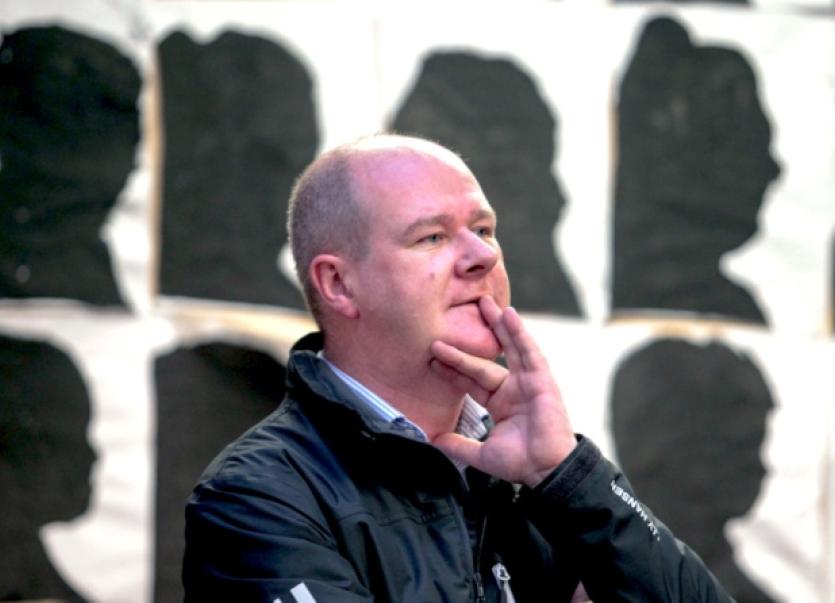 MOYROSS parish priest Fr Tony O’Riordan has launched an unusual appeal to keep a teacher employed in the local primary school - by asking other parishes to cash in on their gold chalices and other vessels.

MOYROSS parish priest Fr Tony O’Riordan has launched an unusual appeal to keep a teacher employed in the local primary school - by asking other parishes to cash in on their gold chalices and other vessels.

Fr O’Riordan confirmed he has been in contact with Minister for Education Jan O’Sullivan after Corpus Christi NS failed to hold on to a teacher following a Department of Education review.

“Nothing tangible” had arisen from his discussions with the Limerick minister, he said.

The school has decided to employ a teacher privately rather than merge two junior infant classes into a single group of 32. The recommended pupil-teacher ratio for a designated disadvantaged school like Corpus Christi is 20:1.

“What we say is that these children are coming into the school severely disadvantaged already and we cannot see them in a group of 32 achieving anywhere near their potential,” said Fr O’Riordan.

While he had not lost all hope that the Department might reverse its decision, Fr O’Riordan said the school had raised enough funds to keep a teacher privately employed for the coming weeks. But in order to keep the teacher until next June, Fr O’Riordan has appealed for help to other parishes who may have valuables to trade.

The thought had occurred to him while saying mass and looking down at the gold vessel he was using himself.

“I remembered what a theologian from the 4th century (St John of Antioch) said: ‘There is no point having your altar full of gold vessels if your brothers and sisters are in need’.

The Moyross chalice turned out to be gold-plated rather than solid gold and was therefore of limited value to cash-for-gold operations, he explained.

“Our church is relatively new, as the parish is. The church is all adorned in wood and anything golden we had was just gold-plated. But there are churches and parishes around the country that have gold that is of real value and I don’t think they are using it.”

The Department of Education said it had applied the same “fair and transparent system” of teacher allocation in Moyross as anywhere else.

Final enrolment for September 2014 was 12 children less than the number needed to allocate the extra teacher permanently.

But Fr O’Rioran pointed out that the 11 mainstream teachers in regular classes - two groups each of junior and senior infants and first class and one class each of second class and above - were responsible for between 16 and 25 children.

Unlike in other regeneration areas, enrolment is rising in Moyross with 32 junior and 32 senior infants as well as 36 children in first class.

Losing a teacher could have seen the two junior infants groups combined into a single class of 32, something Fr O’Riordan said the school was not prepared to do for the sake of the children.