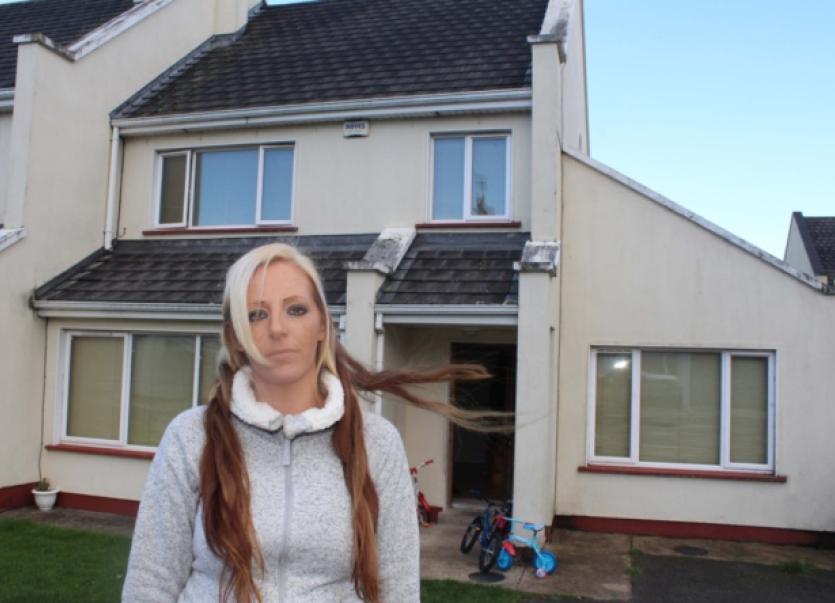 A MUM-of-five facing homelessness is refusing to leave her home in Limerick after being told that her family will be moved to a hostel.

A MUM-of-five facing homelessness is refusing to leave her home in Limerick after being told that her family will be moved to a hostel.

Grace Healy has been told to vacate her rented property at Lissanalta Close in Dooradoyle on several occasions after a receiver was appointed when the owner got into financial difficulties.

But the single mum is refusing to budge after Limerick City and County Council told her they would not be able to provide her with housing, and she would have to move into the Suaimhneas hostel in Moyross.

Grace, who has lived in the house on rent allowance for the last four years, told the Leader: “I don’t mind where I stay, but I am not going to put my kids into a hostel, not in Moyross. I will not put my kids in a situation like this. I was told if I went in there, it would be for an indefinite period of time.”

She insisted she has nothing against homeless hostels, and would use one if she was alone, but is worried about the effect it would have on her children: Nathan, 12, Jodie, 10, Jade, 8, Kane, 6 and Garrett, 4.

This is why she is digging her heels in, despite frequent requests to leave from the receiver.

“It is not fair on any child to have to go into a hostel. This is why I have made a decision not to leave. My kids are happy here, and are crying at the thought of being homeless,” Grace said.

She also pointed out that she is happy to keep paying her rent at the agreed rate of €675 per month.

Grace - four of whose children go to the Project School on O’Connell Avenue - added: “It would feel wrong for me to be living in another room with other people. How can you do a dinner, or do their breakfast? How can you help them with their homework if there are other kids around? I don’t know how many kids would be there: my children could not hack it.

“I don’t think it is right in this day and age to have to live like that.”

She was trying to keep the prospect of homelessness a secret from her children. But her eldest child Nathan, a student of Colaiste Chiarain, Croom, opened one of the letters.

“To be honest, I didn’t want to tell them. But my eldest son found a letter, and he opened it. It is very hurtful me sending them to school, and them not knowing what the future holds,” she added.

Currently unemployed, Grace is furious at the local authority, especially after she identified a council house to live in Fairview Crescent, Garryowen, near her mother, which has now been boarded up.

“I don’t think the housing office should be there. If they can’t help people, I don’t know why it is open at all.”

In an ideal world, she wants Limerick City and County Council to buy the home for her in Dooradoyle, but admits this is highly unlikely.

With the support of Focus Ireland, she has tried to find alternative private accommodation, but with her five children, says she has been unable to afford the rent which is required.

She insisted that she will remain in the semi-detached home until she finds somewhere else.

“All I want is a nice secure home for my kids. Somewhere nice and quiet, and safe. I don’t want to stay here and annoy people. But this is what you have to do. My kids love it here: it is very quiet, and very peaceful.”

A spokesperson for Limerick City and County Council said it doesn’t comment “on individual housing queries”.

The receiver was not available for comment as the Limerick Leader went to press last night.