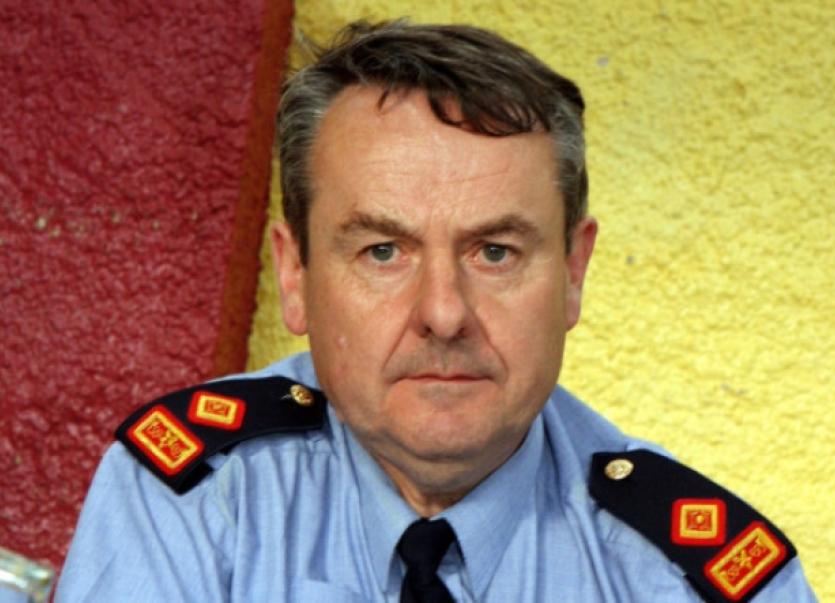 THERE is no hard evidence that heroin is being sold or given out free in West Limerick, the Garda Síochána’s most senior officer in the area stressed this Wednesday.

THERE is no hard evidence that heroin is being sold or given out free in West Limerick, the Garda Síochána’s most senior officer in the area stressed this Wednesday.

But Supt Tom O’Connor pledged to investigate the claim, made by Sinn Féin’s Cllr Seamus Browne, that heroin was available and was being given out free in Newcastle West.

He also told local councillors he had identified two major players in the drugs scene in the area and intends to deal with them using national resources.

Cllr Brown’s claim about free heroin came at a meeting between the superintendent and local councillors where details of crime in the Newcastle West Garda District were discussed.

“There is strong evidence that heroin is being provided for free in Newcastle West,” Cllr Browne declared afterwards.

Dealers were giving young people heroin to get them addicted, he claimed and only then began “clocking up the bills”.

Raising his concerns at the meeting about drugs in the district and the violence associated with drugs and drug-dealing, Cllr Browne said: “It is not confined to Newcastle West.

“There seems to be an influence from the city in this,” he continued. “Communities like Newcastle West and Abbeyfeale don’t seem able to deal with that level of criminality and violence.”

And he asked Supt O’Connor: “Are the resources there to deal with that?”

He added that heroin was being sold in West Limerick.

“It is being given out for free at the moment. That is what I have been told. That will create a bigger problem down the road.”

“I don’t have any evidence of heroin,” Supt O’Connor replied. But he continued: “The possession of drugs with intent to sell or supply is an area which I want to focus on. It will be the focus of extra attention.”

He had, he said, identified two major individuals involved at a high level in drugs and drug dealing.

“My intention is to target those people using national resources,” he told the councillors.

But he also said that “small seizures are important”.

“I need the co-operation of the people on this,” he said. “I need information coming in. I don’t need people’s names or statements but who on the ground is involved, who are the small players.”

“I firmly believe we have a lot of drug dealing going on,” Cllr Michael Collins said. “Some people might say they are small dealers but at the same time it is happening. It is causing a lot of criminal activity.”

There had been a dramatic fall-off in Halloween incidents this year, councillors were told.

Last year there were 12 public order or crowd control incidents but this had fallen to only one in 2014. And complaints/visits had dropped from 41 last year to 11 this year.

On the issue of burglaries, the superintendent said he had concerns about a spate of incidents in the Adare area, bordering Limerick city.

“I hope Text Alert will help us,” he said, adding that they had put a number of plans into operation to counteract “travelling criminals” from outside the area.

He also noted a lot of thefts from cars at graveyards and sports fields and advised people not to leave valuables in their cars.

Figures in some categories of crime had fallen year on year, the superintendent revealed.

Criminal damage was down from 190 to 123 incidents while public order offences dropped from 131 to 115. Inspection of licenced premises was down but offences were up from 18 to 30, Supt O’Connor revealed, adding that he had contacted the Vintners Association.

He also told Cllr John Sheahan that he hopes to have a resident garda in the Glin area shortly.