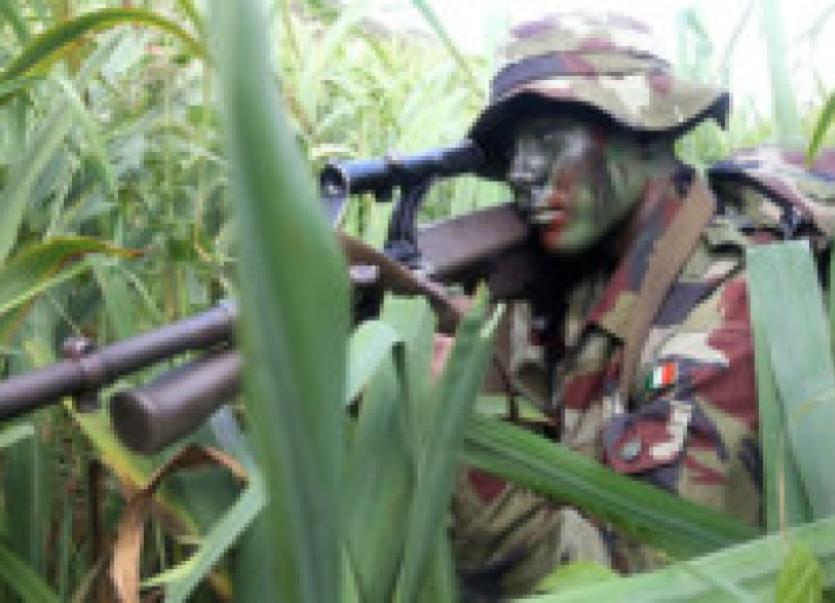 “A LIFE less ordinary” awaits those who apply to join the Reserve Defence Forces and an open day at Sarsfield Barracks this Sunday, November 9, will explain what it is all about.

“A LIFE less ordinary” awaits those who apply to join the Reserve Defence Forces and an open day at Sarsfield Barracks this Sunday, November 9, will explain what it is all about.

Although reservists are primarily volunteers - only being paid while they are in full-time training - the RDF was not spared cuts during austerity and this is the first time in years that they have recruited in Limerick and around the country.

Former Minister for Defence Alan Shatter announced earlier in the year that recruitment into the Permanent Defence Forces (PDF) and the RDF was resuming this year - with 400 sought for the regular army and 500 reservists.

“Because we haven’t recruited in a number of years, we are a little top-heavy in terms of too many chiefs and not enough braves,” explained Capt Rory O’Donovan, second in command, C-Company, RDF, Sarsfield Barracks.

“The other thing that has happened is that in the last two years the RDF was completely and utterly changed in line with the single force concept where reserve units are embedded into permanent defence force formations and the RDF mirrors the PDF exactly,” he explained.

Gone are the parallel command structures that existed in the days when the Reserve was known as the FCA. And where there were once eight FCA units in Limerick there is now a single RDF unit.

At the open day (11am to 2pm), men and women interested in signing up can learn what that all means. There will also be a military display and there is no problem if people want to bring the kids along.

“The main thing we are doing on Sunday is that we will show them all aspects of military life. Potential recruits can come up and have a look. They can bring their families with them if they wish. It’s an open day and all are welcome,” said Capt O’Donovan.

In order to join the Reserve, applicants have to be aged between 18 and 35 and will need to pass medical, fitness and security checks. The closing date for the current recruitment round is November 14 and the process is being run through a centralised online application system on the Defence Forces website (military.ie).

“They need to apply online but we will have facilities above in the barracks on Sunday to help them do that if they wish,” said Capt O’Donovan.

But talking to the officer, you get the impression that fitness levels might be a greater impediment to making the grade than IT skills. Almost two in of every three potential recruits had failed a fitness test last time around.

“The new RDF is based very much on fitness. The last time there was a 64% failure rate on the fitness test - that’s men and women aged from 18 to 35. We need fit people because be under no illusion that the fitness test is quite severe. But we will help them with a fitness regime if they come up on Sunday prior to them actually going and taking the test,” said Capt O’Donovan.

As well as the appeal of serving your country, the attractions of the RDF were manifold.