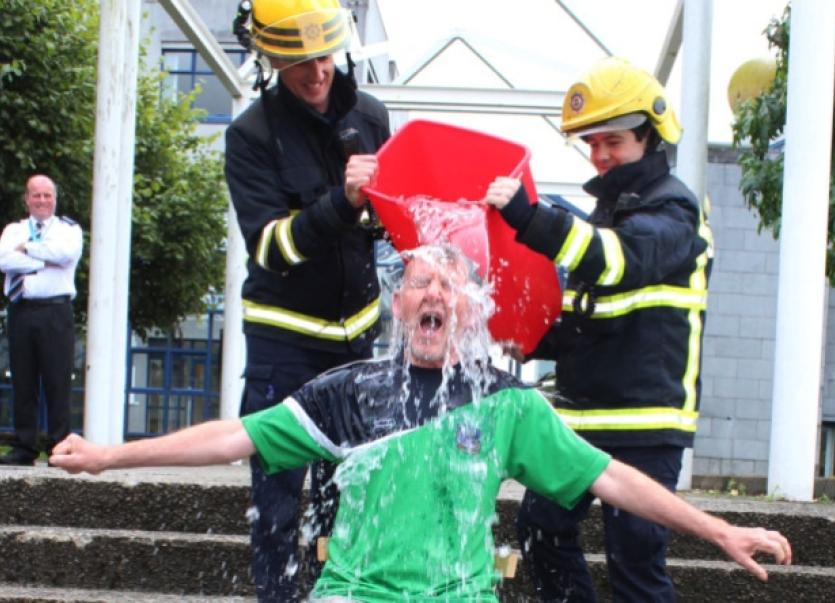 LIMERICK’s civic leaders made a splash this Monday, as they took part in the Ice Bucket Challenge to raise money for Motor Neurone Disease.

LIMERICK’s civic leaders made a splash this Monday, as they took part in the Ice Bucket Challenge to raise money for Motor Neurone Disease.

The challenge, where people have a bucket of ice-cold water dumped over their heads, has become a worldwide phenomenon.

And this week, Mayor Michael Sheahan, Cathaoirleach Kevin Sheahan and city and county manager Conn Murray got in on the action after local authority staff raised €2,000.

This came after the trio were nominated by Fianna Fail councillor James Collins.

For Mayor Sheahan - also nominated by Chief Supt David Sheahan - it was a poignant occasion, as his father John Joe passed away from Motor Neurone Disease in 1982.

Speaking afterwards, he said: “I am frozen cold, exhilarated, but delighted there has been so much support”.

Before receiving the bucket of ice, city manager Mr Murray added: “Motor Neurone Disease is something very personal and close in terms of what has happened in my family, and I am delighted to try and help in any way to raise funding to fight this awful disease.”

Meanwhile, leas-cathaoirleach Joe Crowley has revealed he has ben struggling to find ice since being nominated for the challenge by Cllr Cathal Crowe and Brendan Fogarty.

“I went out last evening to several well-known supermarkets. I could not get ice there. By the time I got the fourth store, I had cottoned on that there is an Irish shortage of ice, and it is obviously to do with this challenge,” he said.

Instead, he will head to Na Piarsaigh GAA to see if they can help him.