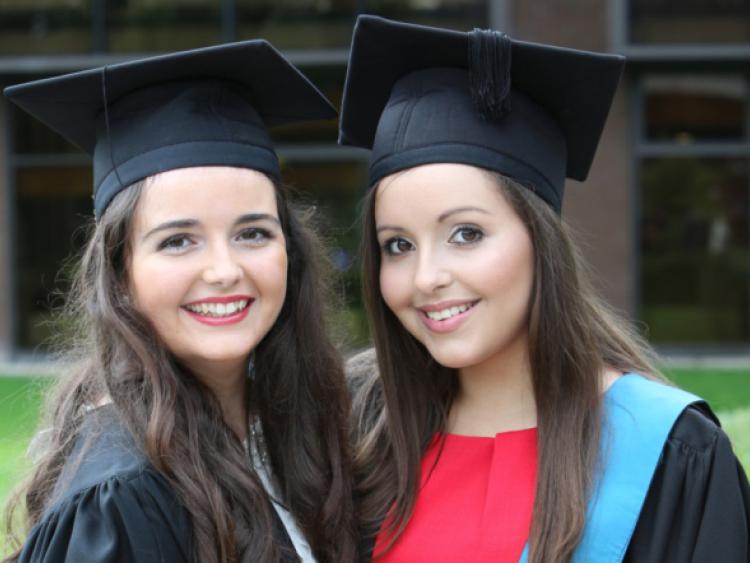 CAREER prospects look healthy for the 2,634 students graduating from the University of Limerick this week, with seven in 10 of last year’s crop having secured employment.

CAREER prospects look healthy for the 2,634 students graduating from the University of Limerick this week, with seven in 10 of last year’s crop having secured employment.

Excluding those pursuing further studies, only 5% of UL’s class of 2013 are looking for work, down from 8% the previous year. Just over one in five of last year’s graduates have found work overseas, with 49% taking up jobs in Ireland.

The figures reflect not just an improving jobs market but what UL president Prof Don Barry believes to be the fact that its graduates are “more employable than their peers from other Irish universities.”

He was speaking as four days of conferring ceremonies got underway at the university on Tuesday.

Prof Barry said there was also a high demand for PhD graduates from UL, of whom 48 will receive their scrolls this week.

Ninety per cent of last year’s PhD graduates had found work, up 9% on 2012, he explained.

“It is encouraging to see that over the next week, no less than 48 doctorates will be conferred on UL graduates in recognition of their advanced research.

“It is essential that we continue to exceed international benchmarks in the delivery of high quality, relevant research that will support Irish innovators and continue to attract foreign direct investment.

“More innovation and discovery and an improved response to commercial and industrial needs will mean more employment opportunities for our graduates and increased growth in Ireland’s knowledge economy,” said Prof Barry.

The figures for 2013 are taken from a survey of over 3,100 UL graduates, which was conducted in April and May and had a response rate of almost 80%.

The First Destinations report shows that of those who have found work in Ireland, 35% have remained in the Limerick region while 32% went to Dublin. Those emigrating for work were most likely to go to the UK (39%) or North America (18%).

“Year on year, our graduate employment figures are increasing as a reflection of our continually-evolving programmes that offer our talented students the kind of educational and research experiences that will best prepare them for their careers,” said Prof Barry.

“Additionally, the growing number of employers actively recruiting UL graduates through our careers fair is testament to the high esteem in which our graduates are held. UL graduates have shown themselves to be ready for the workplace, highly-skilled and more employable than their peers from other Irish universities.”