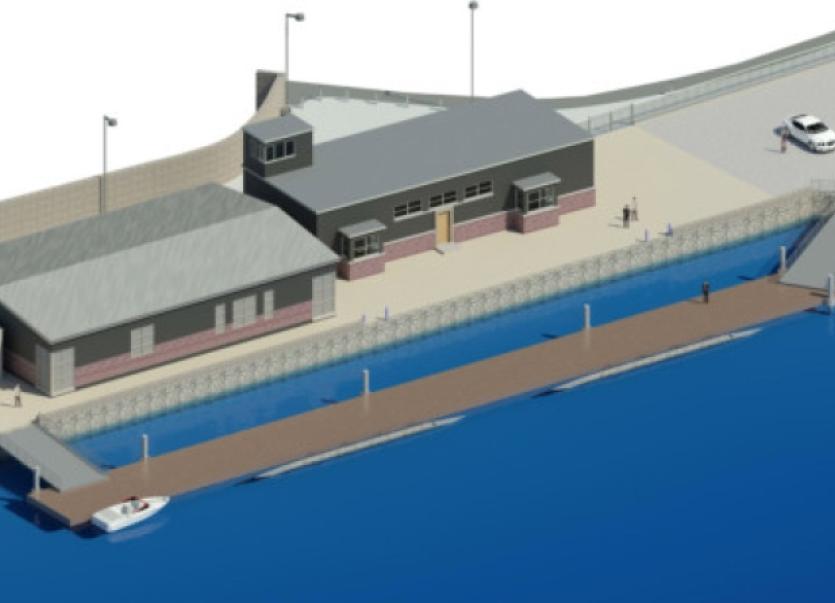 Permission has been granted for the construction of a new €100,000 slipway and floating pontoon to be constructed at St Michael’s Rowing Club at O’Callaghan Strand in Limerick city.

Permission has been granted for the construction of a new €100,000 slipway and floating pontoon to be constructed at St Michael’s Rowing Club at O’Callaghan Strand in Limerick city.

The riverscape adjacent to the club will be completely transformed from the construction of this project. As a result seafarers and pleasure craft entering Limerick from the Shannon estuary will be able to moor safely at what will become the first mooring point in the city.

The development also stems from an increase in membership of St Michael’s Rowing Club and the club has said: “Our current slip needs to be upgraded to a more modern, safer and larger one with greater capacity for our growing membership.”

According to the plans one of the existing slipways leading to the river from the club grounds will be demolished and a new slipway will be constructed on the eastern side of the building.

This will lead to the proposed floating pontoon to run alongside the club’s property on the slipway closest to the Shannon Bridge, as the image of the plans show.

St Michael’s member and consulting engineer on the project Pierce McGann said: “We have recently commenced fund raising and the hope is that we will have the costs, which are in the region of €100,000, gathered and the project will be underway within twelve months, so we’re looking to turn the sod by next June.”

St Michael’s Rowing Club is one of the largest in the country with over 120 active members and throughout its 113-year history the club has provided a sporting and social outlet for young people from all over the city and through their achievements have kept Limerick on the sporting map.

Pierce added: “There is an unfortunately high number of marine rescues launched from the area near St Michael’s and this new facility will greatly help with their work. The current facilities are at best inadequate there for such rescues to be launched.”

“We need the support from the city, this is a community project that will ultimately benefit Limerick Marine Search and Rescue, seafarers, rowers and pleasure craft and that is why we are launching the lotto and we will be having a fund raising fun run later in the year.

In an effort to raise funds for the development, St Michael’s Rowing Club have established an online lotto.

Club president Austin Reid said: “We’re very excited to be launching this new fundraising initiative. We truly hope that all our current and past members get behind the lotto and that we can generate the money needed to upgrade our slip.”

The project has received the backing of Waterways Ireland.