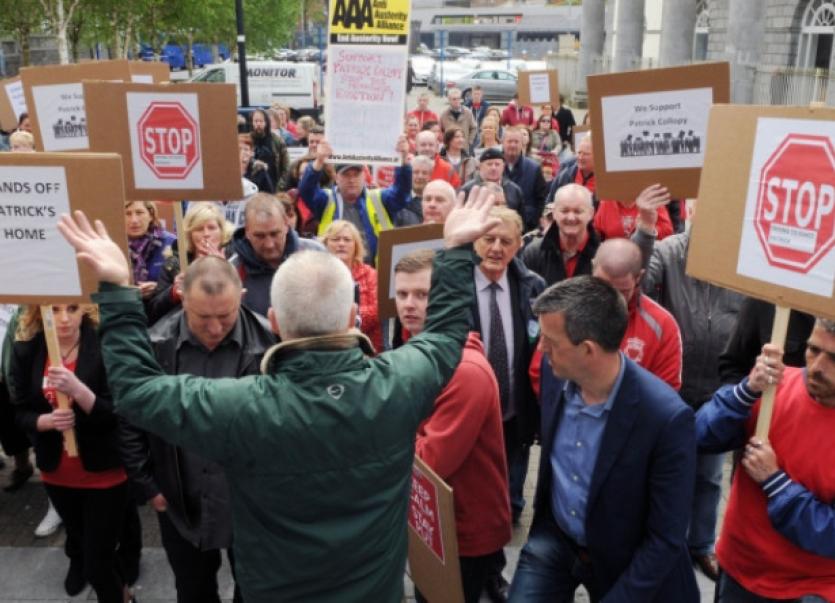 A YOUNG Limerick man has accused Limerick City and County Council of “trying to set a precedent” at his expense.

A YOUNG Limerick man has accused Limerick City and County Council of “trying to set a precedent” at his expense.

Patrick Collopy had been given notice to quit the small home he shared with his late mother in Bishop Street.

But the supermarket worker has refused to back down, saying that because his job gives him so few hours, he would be unable to afford to rent a home privately.

And now he is set to have his day in court, after he received a summons to appear at Limerick District Court on Friday July 4. He admitted he was not surprised by the fact it had reached court - despite a public protest held outside City Hall in May. “I had a feeling it might come to this, but part of me hoped it would not,” he admitted.

Moyross man Patrick has received a lot of support since he announced his court date - and he hopes to carry out another protest outside City Hall between now and July 4.

“People have been very supportive. They have been calling the council words I cannot really repeat,” he said.

Patrick works at Dunnes Stores as a space planner, and says having to appear in court will affect him financially.

“My hours in work are not the best, and I cannot really afford to take days off,” he said.

He praised Sinn Fein councillor Maurice Quinlivan for the help and assistance he has given him. But even he has been left frustrated when seeking meetings with officials.

If the court orders to him to cease occupancy of the house, Patrick has vowed to do “whatever it takes” to stay. “I am not going to walk out and live on the street: that is not going to happen,” he concluded.