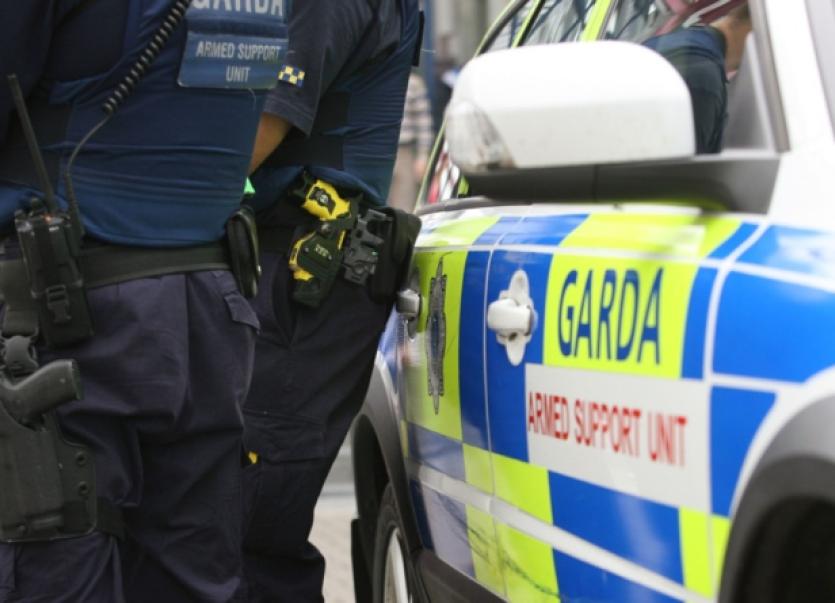 GARDAI believe that somebody could be killed or seriously injured if a feud which has erupted between two families on the south side of Limerick city continues to escalate.

GARDAI believe that somebody could be killed or seriously injured if a feud which has erupted between two families on the south side of Limerick city continues to escalate.

The feud, which was sparked by a shooting in the Prospect area last December, has intensified in recent weeks with reports of numerous fights and other violent incidents.

A man was injured in the shooting incident and two men are currently before the courts awaiting trial.

Some of the incidents related to the feud happened in broad daylight and were witnessed by women and young children.

A women sustained fractured ribs during one incident while a number of other women have sustained facial injuries as a result of being assaulted.

During one street fight, which was witnessed by gardai, a number of women had to be physically separated from each other before calm was restored.

Gardai have received several complaints of assault from both sides of the feud and a number of incidents are still under investigation.

Last week, six women were charged and bought before the courts in relation to one incident, which happened earlier this month.

Gardai say makeshift weapons have been used and that least one person received medical treatment in hospital.

During a recent bail hearing relating to one of those allegedly involved in the feud, Detective Garda Paul Crowley said gardai are extremely concerned about the escalation on the feud in recent weeks.

“If this continues, somebody will be killed or something serious could happen to anybody,” he said.

One of the individuals who gardai believe is at the centre of the alleged feud is a State witness in an ongoing prosecution against an associate of the opposing faction.

According to the woman’s solicitor, she was forced to move home in recent months amid fears for her safety.

Such is the garda concern that there will be further violence, additional patrols have been mounted in the Prospect and Hyde Road areas where those allegedly involved in the feud live.

Also, a number of women who were granted bail last week were ordered to stay away from each other as a condition of their bail.

Both sides of the feud were also ordered to “sign on” at different times of the day to avoid any potential incidents at Roxboro Road garda station.