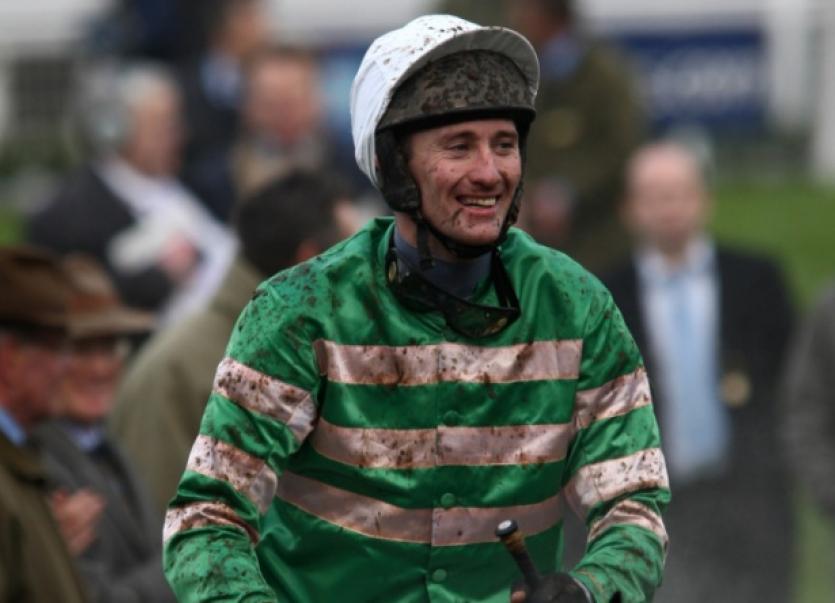 “He will remain there until work on alterations to facilitate him in his own home, which is nearby, is completed.”

Mr McGoldrick, who has spoken to Caroline McNamara, reported that JT is in very good spirits.

The Turf Club released a statement on behalf of JT and Caroline, it read: “JT and Caroline wish to thank the doctors, nurses and all the staff at North West Regional Spinal Injuries Centre in Southport, Merseyside in the UK, for their excellent care, support and treatment during JT’s time in the hospital.

“We would also like to thank most sincerely the Turf Club, especially Denis Egan and Dr Adrian McGoldrick. Without the help of the Turf Club, Miriam Wiltshire and the staff of the North West Regional Spinal Injuries Centre, it would not have been possible for JT to return home.

“We are truly thankful to all the visitors who came to see JT while in hospital, for all the cards, well wishes and the continued support from everybody.

“It has been so overwhelming and again a sincere thank you to all from the both of us.”

The father-of-three was seriously injured in a fall during the Cheltenham Festival in March of last year.

News of the Croom man’s arrival home has been welcomed by many in the racing world.

“It is great news for his wife and family,” said Bruree-based trainer Enda Bolger who JT teamed up with many times in the past.

JT’s uncle Andrew McNamara who spoke to the Croom man in recent days said he is in “amazing spirits and is well up-to-date on the racing in both Ireland and the UK.”