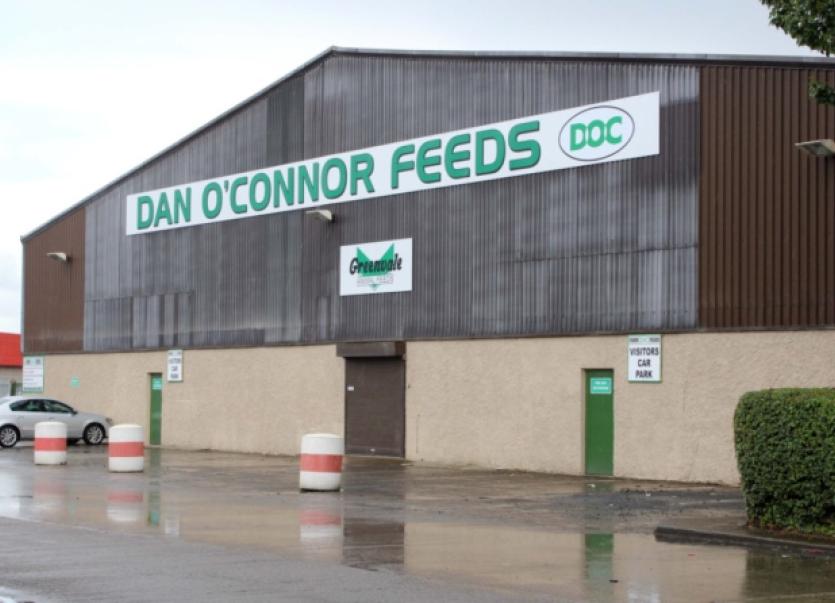 One of the country’s biggest agricultural cooperatives was fined €25,000 for Health and Safety breaches which resulted in a haulier losing part of his arm.

One of the country’s biggest agricultural cooperatives was fined €25,000 for Health and Safety breaches which resulted in a haulier losing part of his arm.

John Dinneen, 47, from Ardagh, was seriously injured at the Dan O’Connor Feeds facility, Ballysimon on April 3, 2012.

During a sentencing hearing, John Kennedy of the Health and Safety Authority (HSA) told Limerick Circuit Court Mr Dinneen - a married father of two - suffered a “traumatic amputation” when his arm was pulled into a conveyer machine as he was trying to loosen some beef nuts from a storage bin.

The severed limb was recovered and was re-attached by doctors at Cork University Hospital (CUH) later that day but due to the extensive damage caused the operation failed and the limb had to be amputated three days later.

Judge Carroll Moran was told Mr Dinneen has undergone rehabilitation since and has been fitted for a prosthesis - although he finds this to be clumsy.

Mr Kennedy agreed with Brian McInerney BL, representing Arrabawn Co Op, that the offence was one of “omission rather than commission” and that what happened was an “accident waiting to happen given the nature of the operation” at the facility, which opened more than 40 years ago.

Imposing sentence this week, Judge Carroll Moran noted the company was fully insured and that the Personal Injuries Assessment Board (PIAB) has made a substantial award in Mr Dinneen’s favour.

He noted evidence that the company, which had a turnover of €220m last year, had co-operated fully with HSA investigation and that significant works have been carried out since to improve health and safety at the plant.

However, he said the fine had to be “sufficient enough” to note the seriousness (of the incident) and the consequences.”

He imposed a fine of €25,000 and he ordered that Arrabawn pay €2,500 towards the costs of the HSA investigation.