Collins accepts it was ‘a mistake’ to send letter to judge 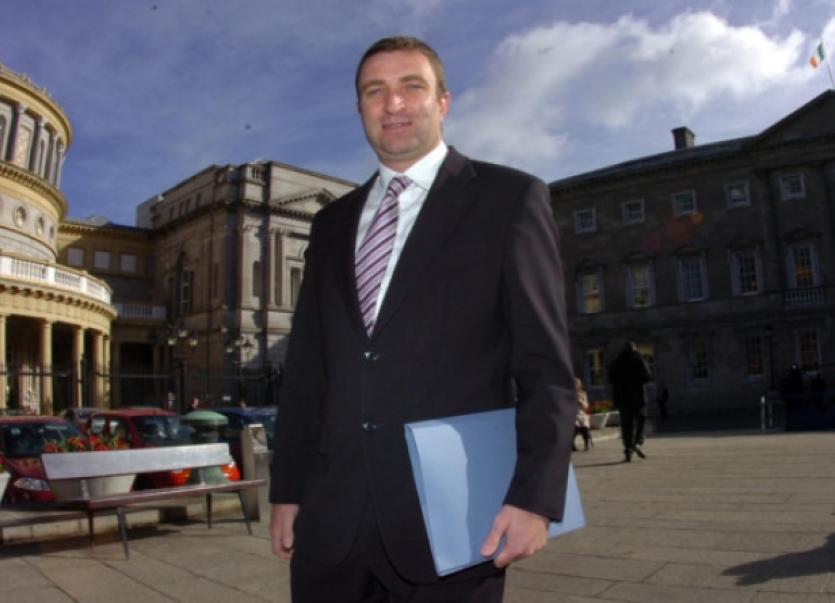 DEPUTY Niall Collins has said he accepts it was a mistake to send a letter to a judge seeking leniency for a convicted drug dealer.

DEPUTY Niall Collins has said he accepts it was a mistake to send a letter to a judge seeking leniency for a convicted drug dealer.

The letter from the Fianna Fail spokesman on justice was put forward earlier this week as mitigation by lawyers representing Hugo Porter, 40, of St Patrick’s Villa’s, Castleconnell.

Mr Porter also faces the possibility of having to serve a two year prison sentence for a separate assault matter in County Clare, which was suspended in 2009.

Speaking publicly on the matter for the first time, Mr Collins insisted he wrote the letter on compassionate grounds due to the family circumstances of the accused man, whose wife died in tragic circumstances earlier this year.

“The way I did it was very up front and it was the normal course of events in this regard. I prepared a submission, I gave it to the defence council and he presented it to the judge in the normal process in open court,” he told Live 95FM’s Limerick Today programme.

Mr Collins said he now accepted it was a mistake to write the letter and said he would not do so again.

“The way this has played out, it’s obviously not what I would have intended and would I do it again? Of course I wouldn’t.

“I’m not the first to have done it and I’m sure I will be the last to engage in it from a political point of view,” he said.

The Limerick TD revealed he had been asked in the past to write submissions of behalf of other defendants in other cases but that he had never done so.

He said he discussed the matter with party leader, Micheal Martin, who asked him not send any such letters on behalf of defendants in future.

“We spoke about this and obviously there are none of us happy with the fallout in relation to it and he obviously asked me not to do it again.

“He has spoken to all of our parliamentary party just to remind people not to do it again,” he said.

Mr Collins insisted that he respects the independence of sentencing judges and stated that he was not trying to influence the administration of justice.

“Members of the judiciary are independent, they are professional and they are independent in that they can make up their own minds,” he said, adding that he does not intend stepping down as the Fianna Fail spokesman on justice.