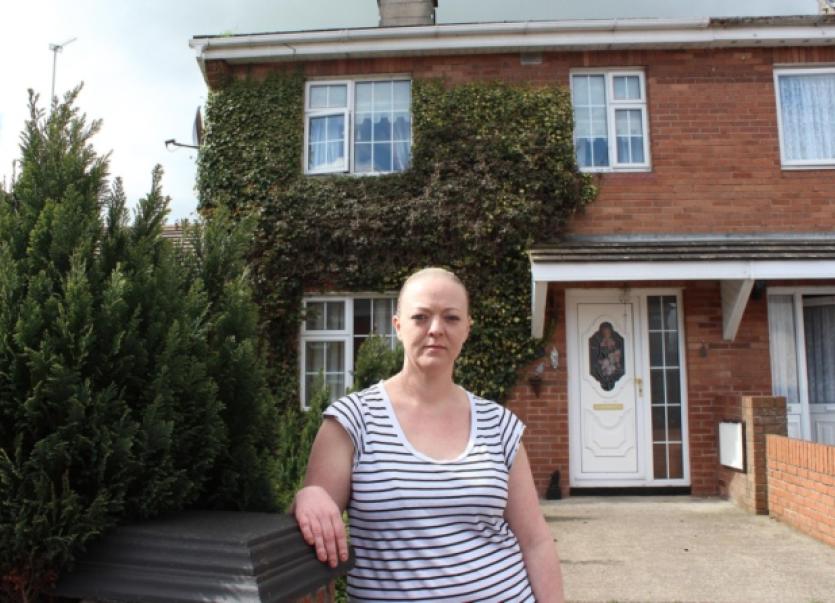 A Croom woman whose parents died within the past two and a half years has now been instructed to vacate the house the family lived in for 18 years.

A Croom woman whose parents died within the past two and a half years has now been instructed to vacate the house the family lived in for 18 years.

Elaine Whelan said it was her mother’s “dying wish” that she remain in the council house in Kylefea. Now, however, Limerick County Council want her to hand back the keys as she does not meet the criteria to take over the tenancy.

Ms Whelan has been living in the house since March 2013 when she moved back in to take care of her sick mother, Eileen. Her father Michael died in October 2011.

Shortly afterwards, her mother was diagnosed with cancer. She died on May 31 last year, aged 62.

“The following Wednesday, I rang the council to let them know and they asked me to send on details of what had happened,” Ms Whelan explained.

At the end of August, she received a phonecall from Limerick County Council’s housing section telling her she had to vacate the house.

In a follow-up letter to Ms Whelan, a council official noted that Eileen Whelan was the only tenant of the house up to her death on May 31 and that she was the only declared person living at the house since 2010.

“I note the contents of your letter but the keys of the property must be returned to Limerick County Council,” the letter continued.

Ms Whelan and her partner subsequently met with council officials last October to discuss their case. “By the end of the conversation, they said they would review it,” she said.

However, she received another letter at the end of January instructing her to be out of the house by February 7. “I heard nothing between October and January,” Ms Whelan claimed.

The most recent correspondence to Ms Whelan, dated March 10, was from a firm of solicitors representing Limerick County Council. It explains that, under Section 22 of the Housing Act 2009, Ms Whelan does not meet the criteria for taking over her mother’s tenancy.

Currently, a person must be living in a council house for at least two years before they are eligible to take over the tenancy.

The letter also pointed out that Ms Whelan and her partner qualified for a one-bedroom housing unit since October 2012, but that this does not allow them to remain in the three-bedroom house in Kylefea.

The letter concluded with a warning that if Ms Whelan does not hand back the keys, legal proceedings may be issued to recover the premises and that the council “will be seeking their legal costs for any such legal action should same become necessary”.

Should this happen, “I will probably have to go to prison because I have no money to pay”, Ms Whelan said.

Despite being told to leave, she has continued to pay rent on the property. “I am paying rent to the council based on what my mam was paying,” she explained, adding that she would be “happy to have a rent review”.

Ms Whelan said it was her mother’s dying wish that she should remain in the house. “In her last week in Milford, she said: ‘Make sure you sort out the house and stay there’.”

The house in Kylefea, she added was “a real family home”.

“My parents fought hard to get this house when we were young,” she said. She added that they had carried out many improvements and repairs to the property over the past 18 years. “They put every penny they had into this house,” she said.