HSE boss insists progress being made on overcrowding 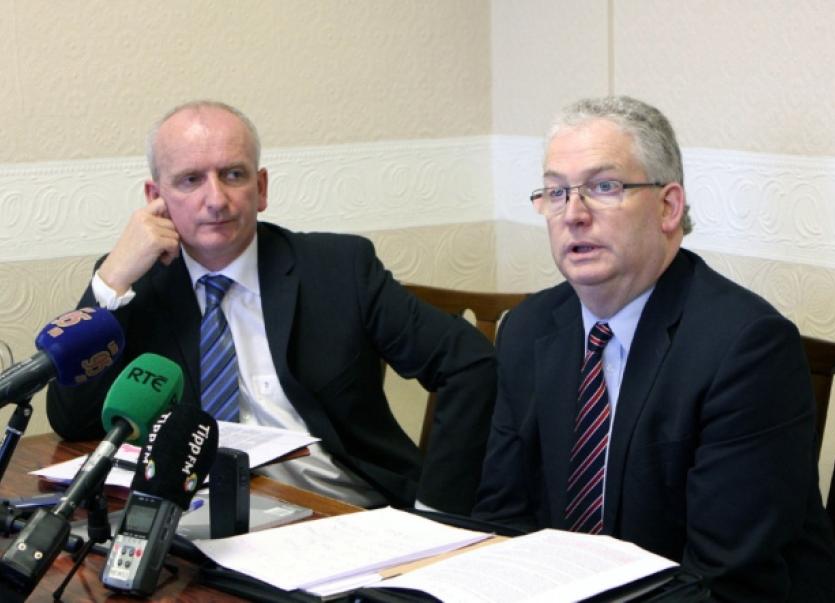 THE most senior manager in the HSE has insisted “significant progress” is being made in alleviating emergency department overcrowding.

THE most senior manager in the HSE has insisted “significant progress” is being made in alleviating emergency department overcrowding.

Director general Tony O’Brien said there was “no disagreement” between the HSE and the Irish Nurses and Midwives Organisation on figures that showed the numbers waiting on trolleys - at least nationally - had come down by 34% since 2011.

But the INMO’s figures show the total number of patients it counted on trolleys in A&E at University Hospital Limerick increased from 3,658 in 2011 to 4,128 last year.

The HSE had to close the acute medical assessment unit at Dooradoyle earlier this month to accommodate a surge of emergency presentations.

“There was a peak on January 9 of 33...and we haven’t gone back to that peak through enormous efforts of everybody working in the hospital,” said Mr O’Brien.

The closure of the medical assessment unit was “the correct decision” given the pressures on the emergency department at the time.

“The resources available to a hospital at any given time have to be used in the best interests of the patients they are attempting to deal with at that time. It was a reasonable decision to make in the circumstances,” said Mr O’Brien.

Speaking on a visit to St Camillus’ Hospital and other community care facilities in Limerick, he said the HSE was determined to phase out trolleys in A&E and to reduce waiting times.

“We are aiming for a six-hour patient experience time; in the UK they have gone to four hours,” he said.

“The ultimate aim is to get to a point where we are no longer talking about trolleys but it does take time to achieve that. That journey began in 2011 it has made substantial progress. But nobody is complacent about it and it cannot be solved within the envelope of the hospital alone,” said Mr O’Brien.

He stressed community facilities and care in the home were integral to ridding emergency departments of trolleys.