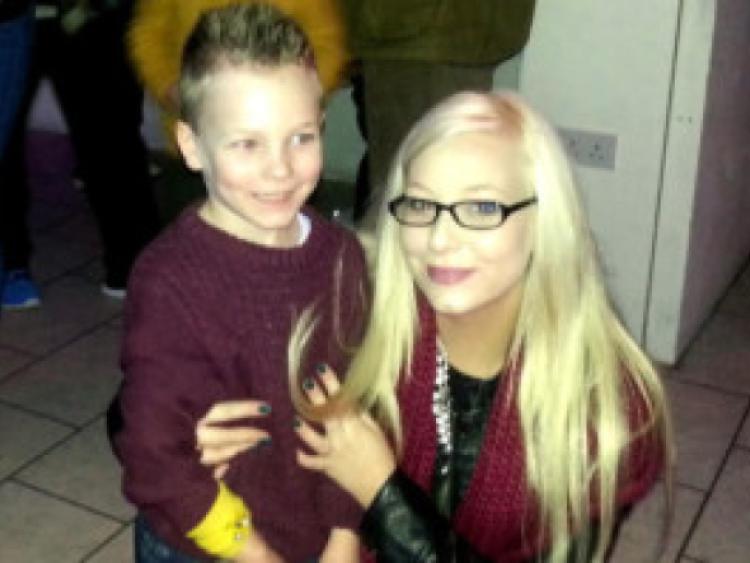 IMAGINE being worried about dislocating your shoulder every time you brush your hair.

IMAGINE being worried about dislocating your shoulder every time you brush your hair.

This is what faces one young Limerick lady with a rare condition called Ehlers-Danlos syndrome (EDS). It affects around one in 10,000 men and women.

Zondra Meaney, aged 28, says she is in chronic pain every day but also gets flare-ups that are worse than child birth.

“When I had my son that pain doesn’t even compare to the pain that I get. In my own way I have a high tolerance to pain because I am used to pain but I do feel a lot of pain as well. I am in pain every day.

“When I went in to hospital they gave me two IV shots of morphine, a shot of tramazol, codeine, two drips of paracetamol - this was all together and that only took the edge of the pain I was in,” said Zondra, who has been in University Hospital Limerick or housebound for the last couple of months.

The Dooradoyle mum of one says EDS is a connective tissue disorder.

“How it started with me was muscular weakness and joint problems. When we looked back, when I was a child I would have had a lot of broken bones and sprains.

“Now my joints dislocate quite easily, especially my hip joints. My hip joints dislocate on a daily basis so that will lead to a lot of joint pain. It also affects my cardiovascular system called postural orthostatic tachycardia syndrome (POTS). I have to take something to constrict my blood vessels because when I stand up my blood vessels don’t constrict so what happens is my blood flows into my legs so there is no blood going to my brain.

“My heart rate goes too fast and my blood pressure drops very low so that causes black-outs and severe headaches,” said Zondra.

The EDS has also led to myasthenia gravis which affects her gastro intestine system.

“Again the connective tissue is very lax so that whole system isn’t working properly. It can affect everything - it is progressive as time goes on. Things are getting worse for me especially over the last six months.

“I have been in hospital four times. Because I haven’t been able to keep anything down, medication or food, I’ve lost 10 kilos of weight in the last three weeks alone,” said Zondra.

She was only diagnosed with EDS in July and only then did all the pieces fit together. All the accidents when she was a little girl weren’t accidents.

The black-outs weren’t from panic attacks.

It really became a problem from Zondra when she was 17 and studying beauty and body therapy.

“I was doing massage and that’s when I noticed the joint pain and muscle weakness. That’s when it started to become a problem and affect my daily life.

“I started going to doctors and looking for answers. I was diagnosed with myasthenia gravis in 2005, I was like someone who had a stroke - I was paralysed in the bed. It was only in July when I was diagnosed with EDS and everything was down to it,” said Zondra, who would have been born with EDS as it is genetic.

“I would have had it the whole time, it just took so long to diagnose because the awareness isn’t there,” she said.

EDS Ireland think there are about 900 people in the country with the disorder but not 900 diagnosed. Zondra is in a private group of around 130.

She doesn’t know if it is down to age or progression but her EDS has gotten much worse.

“Five years ago I only would have had a problem with my left hip, now it is both my hips, my fingers, my shoulders. Even brushing my hair I can dislocate my shoulder.

“I can pop them back in but just before Christmas I dislocated my hip and it stayed out for three to four days. I couldn’t pop it back in straight away but eventually it did, even the physio couldn’t get it back in,” said Zondra, whose mum and dad are Dorothy and John and she has one brother Jonathan.

Some wouldn’t dislocate joints as much as her but then there is a girl she knows, who is in complete intestine failure and has to be fed through a tube.

“It goes from one extreme to the next,” said Zondra, who has a six-year-old son, Carrick.

Unfortunately she says there is no special care for EDS in Ireland.

“I am not getting stronger, there is no one to help me here, it is just not here. I am too young to just give up,” said Zondra.

However, there is a specialist EDS centre in Hospital of St John & St Elizabeth in London

The incredibly strong young woman has always kept her illness secret apart from those closest to her.

“I didn’t tell a lot of people I had this condition. I tried to get on with it and not let people know. To look at me I don’t look sick but recently people have noticed I look sick.

“I suppose people are figuring out now especially in LIT as I am missing time there. My friends said, ‘We need to get you to London and we will do some fundraisers”.

Professor Rodney Grahame has worked for 30 years with EDS patients in London.

“He has a team of doctors for gastro intestine to physios to psychologists - every area and spectrum of what this syndrome covers.

“He assesses you and refers you to his team of doctors and they will decide what type of treatment and care you need.

“They will lay out what they need to do and the exact costing of what they can do for me over there. There is no treatment as such. It is not like I can go there, get a treatment and come home fixed.

“It is going to be ongoing but at least they will look at me with eyes knowing what EDS is and especially stomach issues. When I asked the stomach doctor in the Regional had they ever seen EDS he said no.

“It has been very frustrating when you hear stories of people who can go across the water and have some quality of life by being treated over there.” said Zondra, who flew to London on Tuesday for a consultation.

She has been told her treatment could cost from €10,000 to €50,000 depending on the assessment and which treatments she needs. The one hour consultation alone is €450.

“My appointment is Wednesday. I will be there for two days and probably be back over for the following week again. If I have to get treatments and stay in the hospital that will be the costly part. It will be ongoing but hopefully it will be the start of good things,” said Zondra. She was so worried about picking up a bug that would prevent her travelling that very few have been left in to see her at home in Dooradoyle.

They even had to take the heart breaking decision of not letting her aunt and grandmother, who had travelled from Galway, see her.

To help support Zondra her friends are running the Great Limerick Run; organising a table quiz, golf classic and benefit night in coming months. Fellow LIT students held a bake sale last week and the Students Union are holding an event in February too.

They also started a Go Fund Me page http://www.gofundme.com/60ban8 which has raised an incredible €9,400 in less than three weeks.

People have even got in touch from London offering places to stay and lifts from the airport.

“I have great support, I didn’t realise how much support I had until this. Everyone is helping so much, they have come together for me I have really great family and friends.”