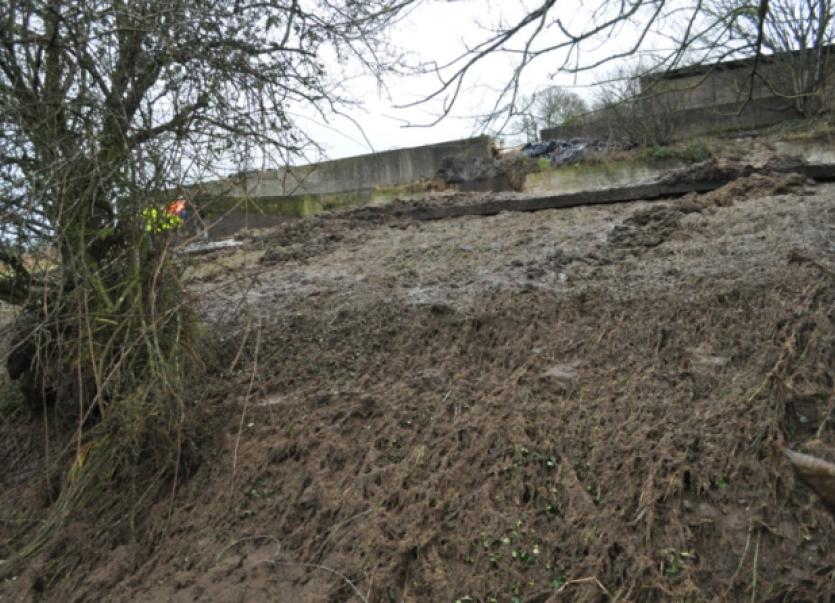 LIMERICK County Council has confirmed to Farm Leader that there was no impact on the public water supply well at Cooga, Doon following the slurry spill last week.

LIMERICK County Council has confirmed to Farm Leader that there was no impact on the public water supply well at Cooga, Doon following the slurry spill last week.

Tens of thousands of gallons of slurry escaped onto a road and into a field after a tank wall collapsed. Thankfully no one was hurt after it swept a car driven by a local lady through a ditch into the field.

“On Tuesday morning the fire brigade and roads crew remained on site until the road was made suitable for re-opening. An investigation team from the environment section was also on site for the full day. A member of the environment team also spent two further half days on site on the Wednesday and Thursday,” said Mr Tarpey.

Containment measures were installed on Tuesday morning which prevented the loss of slurry solids to the nearby water course.

“A certain amount of soiled water did escape into the watercourse immediately after the initial tank rupture, however, no evidence of significant environmental damage was identified downstream.

“All of the slurry solids were subsequently collected and land spread. There was no impact on public water supply well at Cooga,” said Mr Tarpey.

The senior engineer says the investigation by the environment section has been concluded and efforts will now focus on the installation of new slurry storage facilities in the affected farm yard.

The slurry spill caused structural damage to the road boundary, which was rebuilt, but the road surface was not damaged.

The council estimated the slurry tank to be 50 to 60 years old.

Chairman of Limerick ICMSA, Michael Lenihan, expressed sympathy with all parties affected by the incident. He said that anything to do with this element of farming infrastructure was both expensive and complex. Mr Lenihan said the incident highlighted yet again the frustration and potential for problems that came with what he termed an “over-reliance” on “calendar farming”.

Chairman of Limerick IFA, Aidan Gleeson, said it was a genuine accident from a catastrophic failure of a tank wall which couldn’t be predicted.

There is no solace on the horizon for farmers with tanks creeping higher and higher with Met Eireann forecasting that Friday will be a very wet and windy day, with some large rainfall totals expected, “especially across the west of the country where there is the risk of flooding”.

They predict another wet day on Saturday with heavy falls of rain and further showers on Sunday.