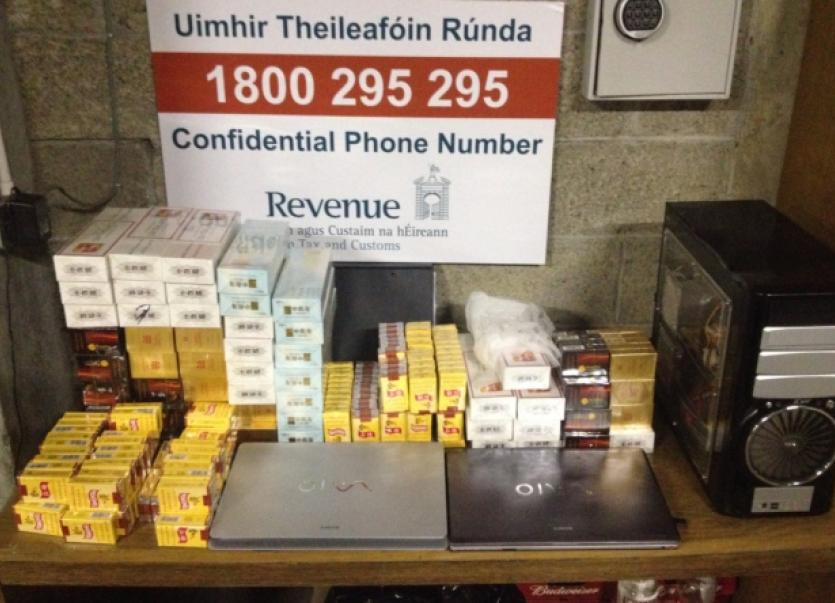 INVESTIGATIONS are underway following the seizure of more than 13,000 illicit cigarettes in Limerick city this afternoon.

INVESTIGATIONS are underway following the seizure of more than 13,000 illicit cigarettes in Limerick city this afternoon.

Officers from Revenue’s Customs Service seized the cigarettes during a pre-planned operation which was conducted with the assistance of local gardai.

According to the Revenue, a number of business premises were searched during the operation along with a private residence.

A number of Chinese nationals were questioned about the items seized and the investigation is on-going with a view to prosecution.

Gardai are investigating the discovery of a quantity of herbal cannabis which was also seized during the operation.