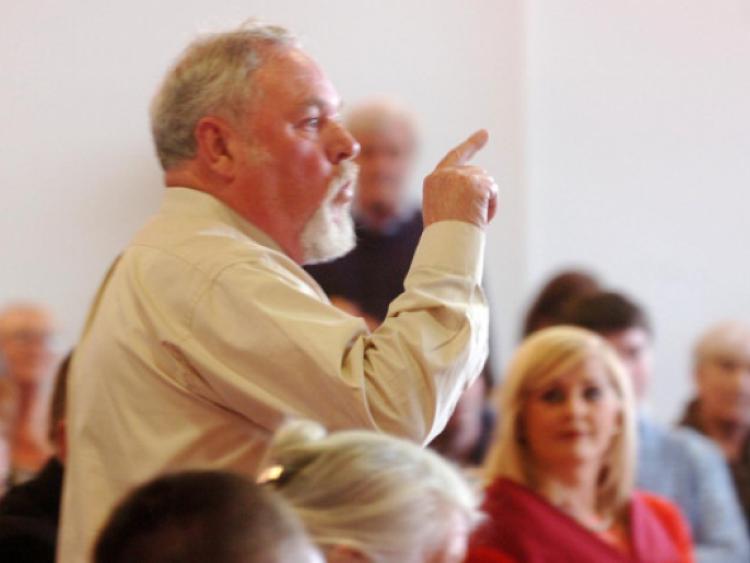 INDEPENDENT councillor John Gilligan says it is time to force Travellers to live in permanent accommodation.

INDEPENDENT councillor John Gilligan says it is time to force Travellers to live in permanent accommodation.

At a briefing session for councillors on the council’s new Traveller Accommodation Programme, Cllr Gilligan said there is a sense of “deja vu” in what the authority is doing on accommodation.

He said: “Travellers are pushed to the edge of society. Are we going to help with this? Is that what we want to do in the future? We have to say that travellers need to realise that to fulfil their potential they must be reintroduced back into society.”

He added: “There is a thinking that they are some ethnic group - they are not - they are Irish people.”

However, housing director of service Seamus O’Connor said not offering Travellers the option of halting-site accommodation is not allowed in law.

“The opportunity to apply for a halting site is in the legislation. It is forbidden to specify traveller specific accommodation,” he explained.

Sinn Fein councillor Maurice Quinlivan said he finds it very difficult to be on the Traveller advisory committee, due to the low representation of Travellers.

He said: “We need to sit down with Travellers. It is difficult because they do not have much faith in the systems.”

Labour’s northside councillor Tom Shortt sounded a note of caution, when he said many people feel “threatened” when Travellers move into permanent homes in their estates.