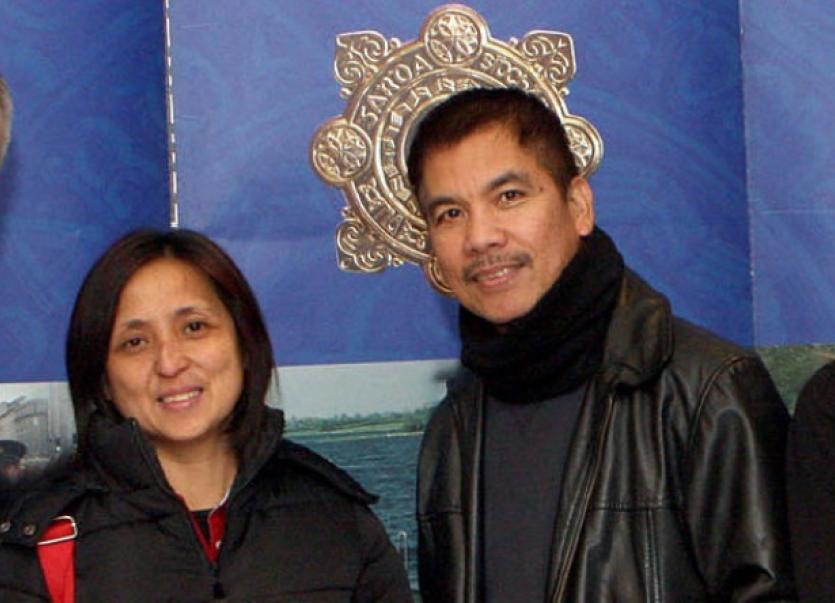 MEMBERS of the Filipino community in Limerick have thanked the public for their support in the wake of Typhoon Haiya, which has left thousands of people dead and millions without homes.

MEMBERS of the Filipino community in Limerick have thanked the public for their support in the wake of Typhoon Haiya, which has left thousands of people dead and millions without homes.

There are around 600 people from the Philippines living in the Limerick area.

Francisca Flores and her husband Carlito have been living in Limerick for the past 12 years.

While they are originally from Manilla, which was not affected by the typhoon, Francisca says it has been difficult to watch the news coverage of the events in the Philippines.

“While we have not been directly affected, it is very emotional watching the news and it is difficult when it is out of your control and you just want to sympathise with those affected,” said Francisca who added that members of the Filipino community in Limerick are grateful for the support of Limerick people who donated to an emergency fundraising collection which took place in the city centre at the weekend.

“We are so grateful and thankful to all the Irish people who have been so generous and kindhearted,” she said.

Separately, Raheen man David Dalton is appealing to Limerick people to contribute to the emergency response in the Philippines.

David is CEO of children’s development charity Plan Ireland whose staff have been distributing vital items such as cooking kits, sleeping materials, tents and tarpaulins in some of the worst hit areas.

“The devastation wrought by Typhoon Haiyan is like nothing we’ve seen before. Plan has been in many disaster zones in different parts of the world, but this is on a different scale. Whole towns and communities have been literally flattened; hundreds of thousands of people have lost everything,” said David.

Former Limerick city TD, Peter Power, who is the executive director of Unicef in Ireland, is also on the ground in the Philippines.

He says the situation there is very challenging.

“Typhoon Haiyan destroyed up to 90% of everything that stood in its way. Homes, schools, hospitals, power and water networks were all demolished. The destruction is on a scale I have never witnessed before. As the plane landed, I could only see mud and debris where once stood trees and buildings. This is an enormous tragedy for the people here,” he said.

For more information on the relief operation in the Philippines, log onto How You Can Help.